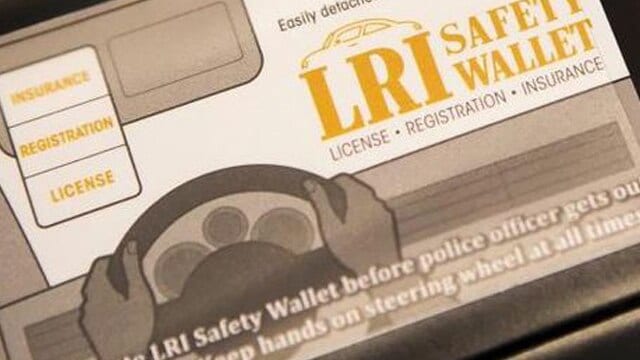 A Delaware man designed the LRI Safety Wallet, a palm-sized plastic sleeve that attaches to your car’s sun visor, to keep black drivers like himself safe during traffic stops.

“When the officer approaches your window, all of your identification is right there,”Rahim El told Delaware Online. “That way there is no confusion from the driver reaching in their pocket or glove box.”

The wallet unfolds revealing driver’s license, registration and insurance all while allowing the driver to keep his or her hands on the wheel during a stop.

El said people are scared of being stopped by law enforcement, and this product helps reduce misunderstandings during traffic stops. “You don’t have to be scared; you need to be prepared,” he said.

According to U.S. Bureau of Justice Statistics, traffic stops account for 42 percent of the interactions Americans have with police. And black and Hispanic drivers are three times more likely to be stopped.

The product is being released at a time when several police-ivolved shootings began with a traffic stop. The July 6 shooting of Philando Castile in Minnesota being one of the most controversial such incidents.

El insists his product is not anti-police, and even claims he has product endorsements from law enforcement.

Still, not everyone’s sold. Fred Calhoun, the president of the Delaware Order of Fraternal Police told Delaware Online that the LRI wallet can’t take the place of a polite demeanor. “Everyone wants some kind of device when what we really need as a society is simple communication between individuals,” he said.