How many guns are really out there? Maybe 660 million if you do the math 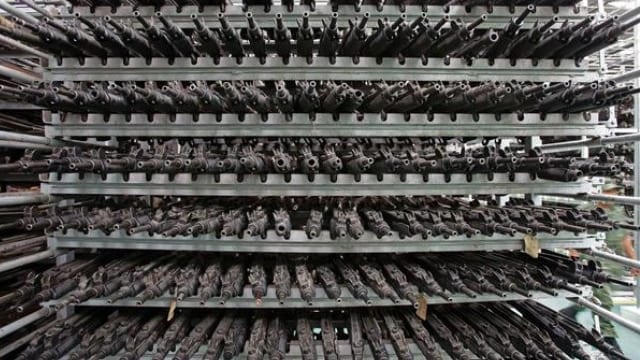 Nobody knows for sure how many firearms are in the U.S., but if WeaponsMan is right, it could be a lot more than anyone ever thought. Good luck with those “buy backs.” (Photo: WeaponsMan)

A weapons’ history blog crunched the data and pretty much kicks to the curb the long-held trope that there is about one gun per person in the country. More like two.

WeaponsMan, if you don’t follow it (and you really should) is a blog run by some former SF boomstick guys and they have a compelling case for the true number of firearms in civilian hands being much higher than anyone previously spit-balled.

Citing past media, gun policy and trade industry speculation of anywhere from 194 million to 357 million, they did their own research and feel those figures aren’t even close.

“We believe that the correct number is much higher — somewhere between 412 and 660 million,” they write.

Where did they come up with such a big chunk? By looking at what is known about the Bureau of Alcohol, Tobacco, Firearms and Explosives’ Access 2000 (A2K) system.  [ More info on A2K here from a recent government solicitation including a SOW with lots of details and a 99-page GAO report on it and other databases used by ATF here.]

We’ve talked about A2K before here at Guns.com. In short, the database is used by a handful of very large FFLs and provides servers for an equally small group of National Tracing Center personnel to electronically search those participating FFLs’ records.

While it sounds Orwellian, a lot of safeguards are in place to make sure the database isn’t a full blown federal gun registry– which is illegal– and the ATF has had their hands slapped over it by the GAO to bring them into compliance in recent months.

“None of the current academic media and academic estimates were developed with A2K data, even though this data has been made publicly available,” points out WeaponsMan. “As of 2 October, 2015, the data in A2K included 252,433,229 records, representing one firearm each. That means that at least those 250 million firearms have been manufactured, or imported, or sold at wholesale in approximately 15 years.”

That’s 250 million gatts alone from just 66 FFLs currently using the system. And each record, no matter how many times a gun is sold and resold, is just one record as it revolves around the firearm’s serial number.

Taking that as a base guideline, estimating the country’s other FFLs, (there were 2,336 Class 06 importers and 9,082 Class 07 manufacturers active in October 2013 alone) and guns manufactured before 1999 when A2K went online, they come up with a figure that ranges between 412 and 660 million firearms in current circulation.

Talk about an October surprise.

You can check their math here.