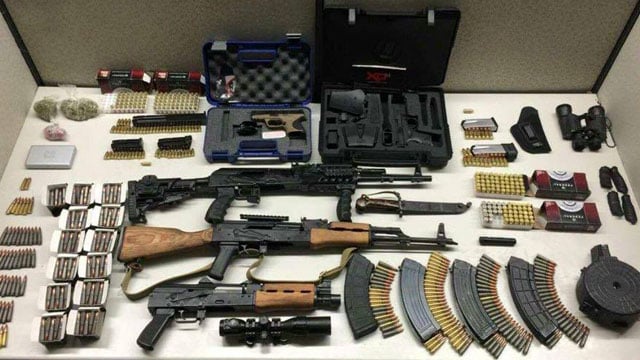 As violence continues to spike in Baltimore, gun charges aren’t sticking and criminals are serving only a fraction of their sentences, according to a Baltimore Sun analysis.

A quarter of illegal gun cases are dropped before trial and convictions see an average of 16 month sentences, the newspaper found. Police data also show a decline in the number of people held without bail when arrested with illegal guns.

“There’s no certainty of a consequence,” Police Commissioner Kevin Davis told the Sun, adding that he believes possession of an illegal gun should be considered a “pre-murder” crime.

Homicides in Baltimore are expected to exceed 300 this year, with one in three shooting victims dying. Those numbers make the 29th most populous city in America one of the most lethal.

Davis and State’s Attorney Marilyn J. Mosby announced a new unit last month that aims to build stronger cases and secure better convictions. Mosby notes that many illegal gun cases are dropped because of technicalities, or officers failing to appear in court. She acknowledges that more cooperation between police and prosecutors could help the problem.

“At the end of the day, we don’t impose sentences and don’t implement bails,” Mosby told the Sun. “We can make a recommendation. But it’s not on us.”

Another solution, according to city leaders, is to strengthen laws that crack down on illegal guns.

Maryland already has one of the strictest gun control laws, passed back in 2013. People who buy handguns must submit fingerprints to state police. The law also designated several firearms as assault weapons and banned them.