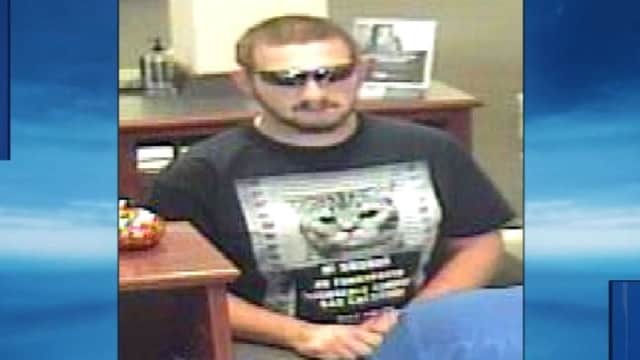 The suspect is wearing what appears to be a Mr. Furrypants mug shot tee. (Photo: FBI via KOCO)

A bank in Norman, Oklahoma was the target of a robber who said he was armed but did not produce a gun. What he did have was a graphic tee complete with a feline mugshot.

According to the Norman Police Department, the robbery occurred at the Banc First, 333 12th Avenue SE, at 4:27 p.m Monday.

While no one was injured, the stick up man is still at large and is described as being in his late 20s to early 30s, between 5 feet 9 inches and 5 feet 11 inches and between 200 pounds and 215 pounds.

While not 100 percent sure, we think he is sporting a Mr Furrypants “Catnip Made Me Do It” shirt, similar to this one at Wal-Mart for sub-$15: 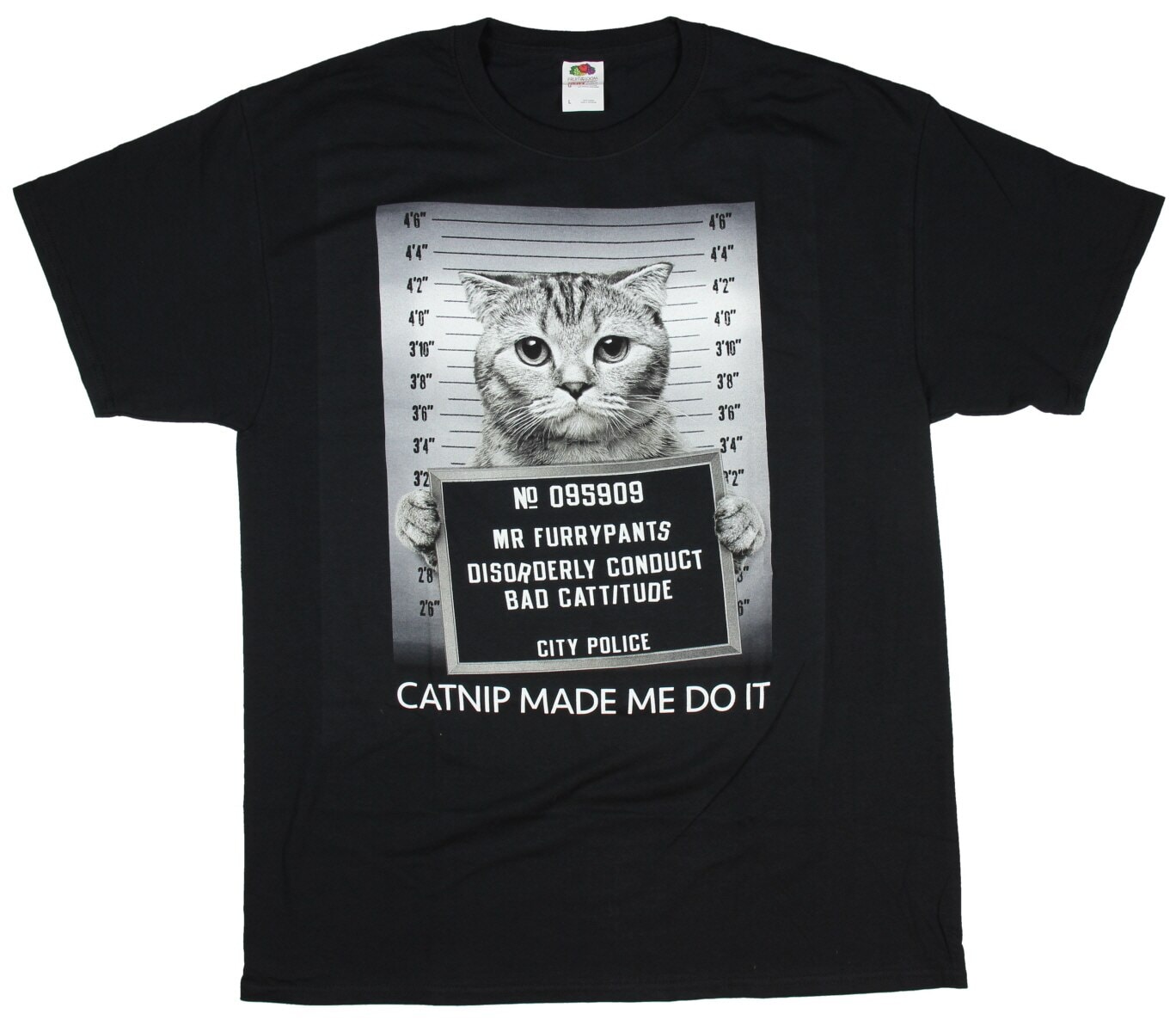 The Oklahoma Bankers Association is offering a $2,000 reward for information on the cat shirt clad robber.

If you have any information concerning this case, please contact the FBI’s Oklahoma City Field Office at 405-290-7770, or your local FBI Office or the nearest American Embassy or Consulate. You can also submit a tip at: tips.fbi.gov