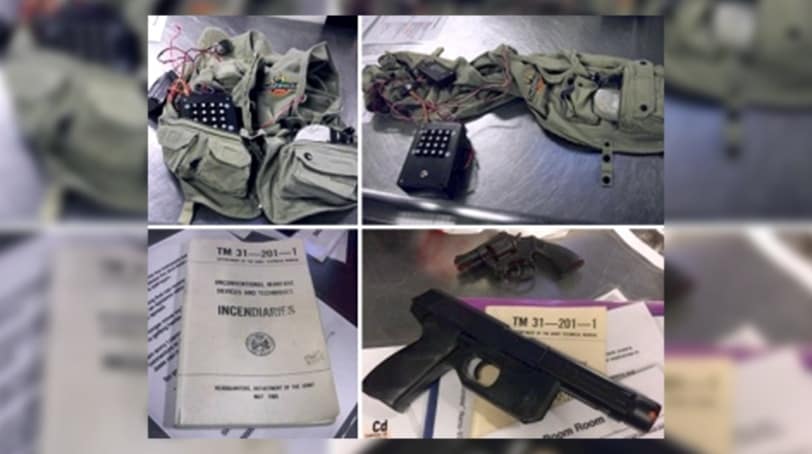 A suspicious checked bag caused quite a stir at the Richmond International Airport on Saturday.

The Transportation Security Administration said Monday a lone piece of luggage triggered an alarm on the airport’s x-ray machine, prompting an officer to investigate its contents.

TSA officials said the officer was “shocked” to find guns, a suicide vest and an old military manual on incendiary devices inside the bag.

As it turns out, TSA explosives experts quickly determined the items were all props for a live action role-playing game.

“The good news is that there was nothing harmful in the bag,” said TSA’s Richmond Federal Security Director Chuck Burke. “The items looked realistic by design. Bringing items to an airport that are meant to resemble items known to be used by terrorists … well, I don’t know what the man could have been thinking would come of it.”

Airport police and the FBI questioned the bag’s owner — an unidentified man from Henrico County, Virginia — about the props, but pressed no charges.

Burke said the incident is an example of how “the expertise of the TSA workforce and the cooperation among the responding agencies, Richmond Airport Police and the FBI, was exactly how our partnerships are meant to work.”