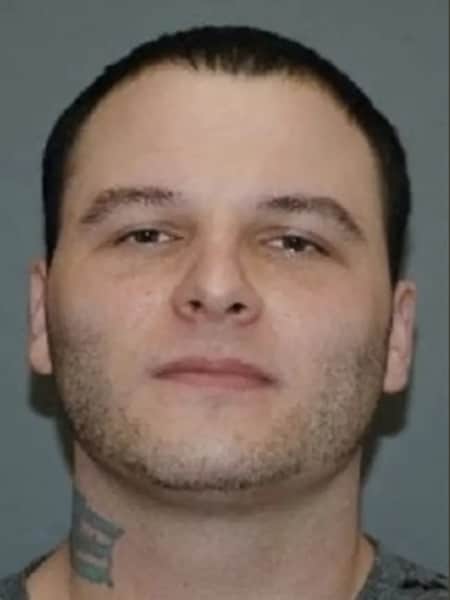 The year after serving time for two sexual assaults, Louis Pizzi (pictured) was accused of stabbing three men during a fight over a woman. (Photo: Bergen County Prosecutor)

A 27-year-old man with a lengthy criminal history was shot while trying to rob a tobacco shop in Garfield, New Jersey, last week.

Louis Pizzi walked into the business Thursday just after 7 p.m. wearing a hoodie and a mask and carrying a handgun. Pizzi announced a robbery and demanded cash, but the tobacco shop owner – a retired detective who once worked with the New York Police Department – refused and a struggle ensued instead.

During the altercation, the shop owner, who was also armed, pulled a handgun and fired a single shot at Pizzi, striking him in the groin. Pizzi then fled from the scene, but the shop owner gave chase and followed him until they ran into police nearby. Pizzi apparently discarded several items of clothing, including the mask he was wearing, during the chase, but it was all recovered.

Pizzi was transported to the hospital for medical treatment and is being held on a $500,000 bond. He is charged with armed robbery and multiple weapons charges, including being a felon in possession of a firearm. However, the gun carried by Pizzi during the robbery was later determined to be a BB gun, Acting Bergen County Prosecutor Gurbir S. Grewal confirmed to local media.

Although he was knocked down in the struggle with Pizzi, both the shop owner or his wife, who was also in the store at the time of the robbery, were reportedly uninjured.

Records show Pizzi is a “tier 2” registered sex offender in the state of New Jersey and previously served six years for the aggravated sexual assault of two young girls whom he was babysitting at the time. While Pizzi was released in 2009 for those crimes, a lengthy criminal record followed and included assault, theft, forgery, disorderly conduct and weapons charges.