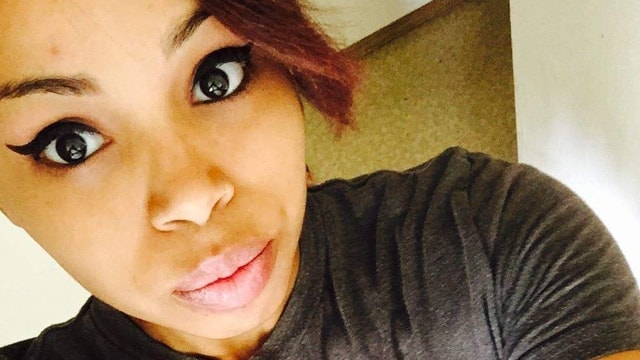 Renee Davis, 23, was shot and killed by police Friday when they went to her home for a wellness check. (Photo: Facebook)

A single mother killed by police during a wellness check in Washington on Friday was five months pregnant.

The woman’s foster sister told the Seattle Times that 23-year-old Renee Davis struggled with depression. Davis, who was of Native American heritage, texted a friend Friday night saying she was having a hard time. The friend called police so they could check on her, and that’s when two deputies went to Davis’ house on Muckleshoot tribal lands, about 35 miles southeast of Seattle.

“They tried repeatedly to get somebody to come to the door, nobody did,” King County Sheriff’s Sgt. Cindi West told KOMO News. “But, they could see the two kids running around inside the house.”

Deputies entered the home and found Davis with the children, and armed with a handgun. The deputies fired multiple shots, killing Davis. The children were unharmed.

Detectives are trying to figure out what led up to the shooting, and the sheriff’s office has offered few details. Both deputies have been placed on paid administrative leave while the incident is investigated.

The two children, ages 2 and 3, belonged to Davis. A third child was at a family friend’s house at the time of the shooting.

Davis’ foster sister, Danielle Bargala, says she didn’t know whether her sister had a handgun. She says Davis owned a rifle, though, and loved hunting.

“I still have elk in my freezer,” said Bargala, who told the Seattle Times that Davis had recently killed an elk and a deer, butchering them herself and giving the meat to family members.

Bargala says her sister was never violent, calling her a soft person.

The incident is the fourth fatal police-involved shooting in South King County in the last two months.