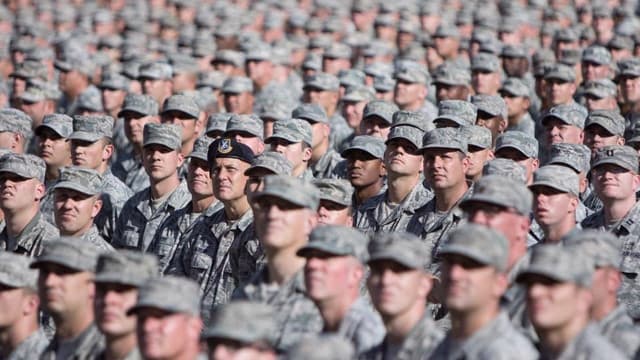 Soldiers in the California National Guard look on in disbelief when they’re told they were overpaid $15,000 a piece. (Photo: DoD)

Secretary of Defense Ash Carter on Wednesday suspended efforts by the Pentagon to collect millions of overpayments in the form of bonuses to California guardsmen.

“There is no more important responsibility for the Department of Defense than keeping faith with our people. That means treating them fairly and equitably, honoring their service and sacrifice, and keeping our word,” Carter said in a statement.

He ordered Defense Department officials to take a series of steps to ensure fair treatment for thousands of California National Guard soldiers who may have improperly received incentive bonuses and tuition assistance as a result of errors and in some cases criminal behavior.

Of the 2,000 soldiers who have been asked to payback funds, “some soldiers knew or should have known they were ineligible for benefits they were claiming, many others did not,” Carter said.

He added there is an established process for service members to seek relief from payment obligations, but the process has been moving slowly and in some cases caused unnecessary financial burdens for some guardsmen.

Carter said the suspension will remain until he is satisfied processes to resolve the issues are in place and working efficiently. He’s given officials a deadline of Jan. 1 for an assessment of the situation and advance a solution by July 1, 2017.

“Too many cases have languished without action. That’s unfair to service members and to taxpayers,” Carter said.