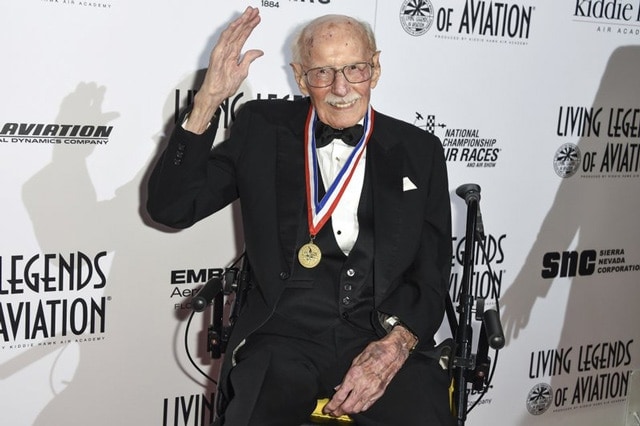 Hoover flew over 50 missions before he was shot down and became a prisoner of war. However, Hoover made a daring escape to The Netherlands after stealing a German fighter plane while imprisoned.

Hoover, who lived in Palos Verdes Estates, California, at the time of his death, was well known for his high-flying skills and was one of the top testing pilots of the 1950s and 60s. He was once described as “the greatest stick-and-rudder man that ever lived” by Jimmy Doolittle, who led a raid on Japan in 1942.

“He was every pilot’s icon,” said Bill Fanning, a close friend and fellow pilot who confirmed Hoover’s death. “Bob tested everything. He flew them all.”

Buzz Aldrin, Apollo 11 astronaut and the second man to walk on the moon, reacted to news of Hoover’s death via Twitter.

“We lost an aviation pioneer today,” Aldrin wrote. “He could do magical things with an airplane. He was the best.”