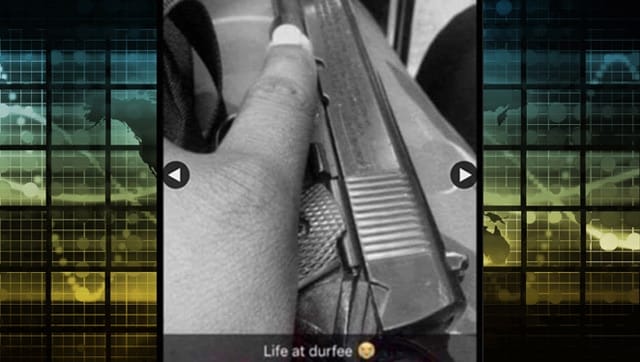 A Fall River, Massachusetts, high school was placed on lockdown Monday morning after several students alerted staff members to a photo with a gun, apparently taken at the school and posted to Snapchat.

Staff at the B.M.C. Durfee High School first found out about the photo around 9:30 a.m. By 11:30 a.m., the school had been cleared and students were going home.

Authorities confirmed that the photo was indeed taken at the school by a 15-year-old student, who had already left the school by the time they arrived. Police located the teen at his home in the Pleasant View Housing Development and the gun was found in his backpack. However, it turned out to be a BB gun.

The teen, whose name was not released due to his age, was nonetheless arrested for possessing a dangerous weapon on school grounds, disturbing the peace while armed, disturbing a school assembly, and being a minor in possession of a BB gun.