Gun maker Walther Arms touts its belief in “superior ergonomics” in its introduction of the new handgun series “Creed.” 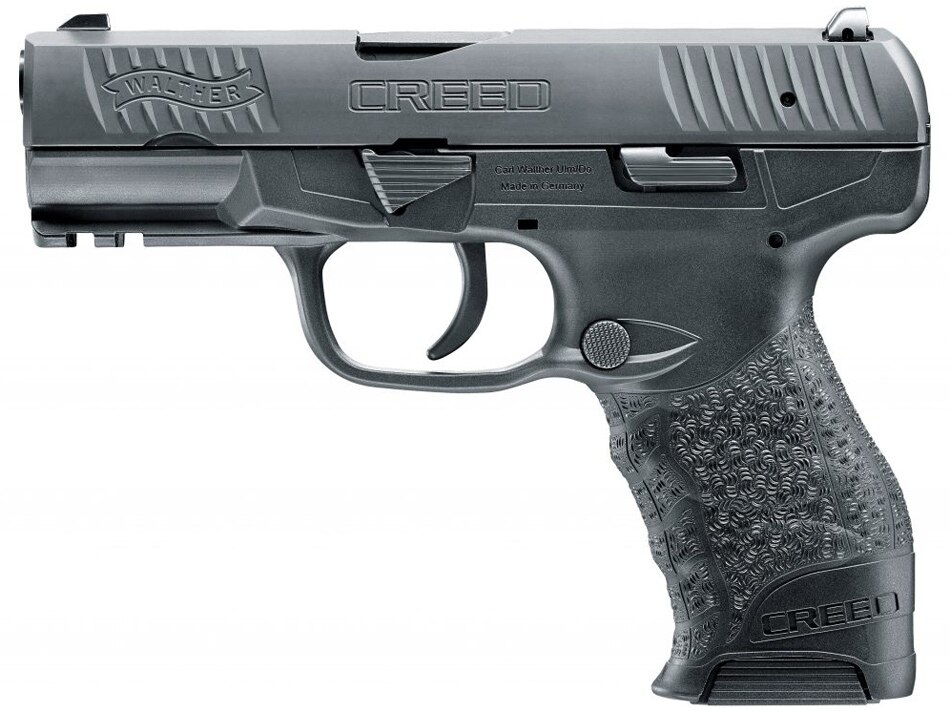 The Walther Creed is a polymer-framed semi-automatic pistol chambered in 9mm. With a 4-inch barrel, the overall length is 7.3 inches and weighs in at 27 ounces.

The Creed is available with either a 10- or 16-round magazine and the company has not listed retail price, but says the Creed will have an “economic price-tag.”