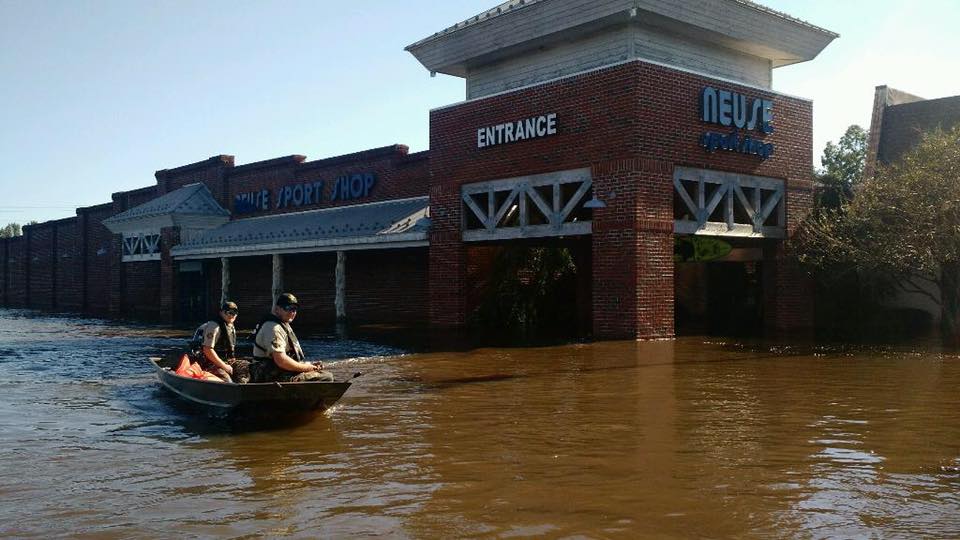 The National Shooting Sports Foundation intends to offer $75,000 in funds to gun stores and ranges struggling to get back on their feet after Hurricane Matthew.

The trade association will target federally licensed gun shops and ranges experiencing damage or business loss as a result of the category five storm that hit the East Coast at the beginning of October.

“We want our member companies to know that their trade association stands with them in these challenging times, and that this assistance is another benefit of membership,” Bettyjane Swann, NSSF director of member services, said in a statement on Monday.

The threat of ravaging winds and rising floodwaters forced evacuations across Florida, Georgia and the Carolinas causing retailers and ranges to cease operations until Hurricane Matthew passed.

While some states like Florida and Georgia, which did not see Matthew make landfall, experienced some damaging winds and flooding, North Carolina and South Carolina were hit the heaviest. More than 40 people died in the storm and early property damage estimates range between $4-$6 billion.

Outer Banks Gun Club out of Manns Harbor, North Carolina, experienced extensive damage to its outdoor range due to a reported 14 inches of water in its classroom and at least nine inches in main office.

“At this time (October 19), the range is still under water. There is water in the office, and most of the buildings and sheds,” owners said in a Facebook post. “With the amount of water that is still on the range and the clean up and repair that we will need to do we will probably not be open the rest of this month.”

Neuse Sport Shop in Kinston, North Carolina, escaped initial damage from Matthew but was hit with flood waters as a result of swelling river waters.

“There is no power in the store,” the shop posted to social media on Oct. 18. “When I got here water was about 3 inches deep throughout the store. We measured the high water mark at 33 inches. The parking lot was still flooded.”

Neuse staged a massive clean-up operation and re-opened its doors, the first time in over two weeks the shop has been open for business.

NSSF’s Board of Governors recently approved the Hurricane Matthew relief proposal which will cover businesses that are unable to pay for immediate expenses and cannot resume operation.

Bill Kempffer, member of the NSSF Board of Governors, said the allotment gives a much needed oomph to firearm businesses starting over after the storm.

“This is a real pick-me-up for businesses that sustained damage,” Kempffer said in a statement.  “As a range that was affected by a hurricane in the 1990s and knowing the struggle of returning to normal operations amid the cleanup and repairs that need to be done, I am proud to be a part of an organization like NSSF that is willing to provide such help.”