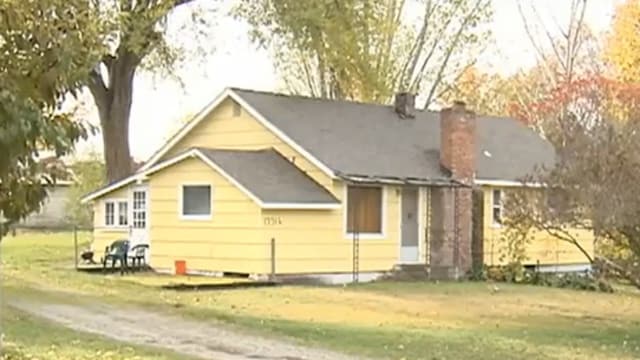 The homeowner said it was unusual to hear someone knocking at the door because it was a door that was rarely used and, in fact, was covered in cobwebs. (Photo: KXLY)

An unusual incident at a Spokane Valley residence Sunday night left a 42-year-old man dead after he charged at the homeowner.

According to a report by the Spokane County Sheriff’s Office, the homeowner, an Army veteran who served in Iraq, armed himself after he heard someone knocking at his front door around 8:30 p.m. When the homeowner opened the door, there was nobody there, but upon further observation, the resident saw a man standing in the dark in his yard.

The homeowner instructed the prowler, later identified as Nakia Shane Burland, several times to leave, but Burland refused. However, when Burland charged at him, the homeowner fired a single shot, sending Burland running away. The homeowner was unsure at that point if he had struck Burland.

When deputies arrived on the scene a short time later, they located Burland hiding in the man’s back yard near the porch. He appeared to have been shot in the leg, but initially refused to cooperate with deputies so medical treatment could be administered. Meanwhile, the bullet had pierced Burland’s femoral artery and he was losing a large amount of blood.

At one point, Burland lost consciousness, and despite efforts to save him, he died on the scene.

The home where the shooting occurred is located next to the Spokane River and Centennial Trail. Neighborhood residents said the trail is often used by thieves searching for items to steal, although it’s unknown if that was Burland’s intent.

Authorities confirmed that the homeowner has been cooperating with the investigation and at this time is not facing any charges. However, Spokane County Prosecutor Larry Haskell will ultimately decide whether the use of force was justified.