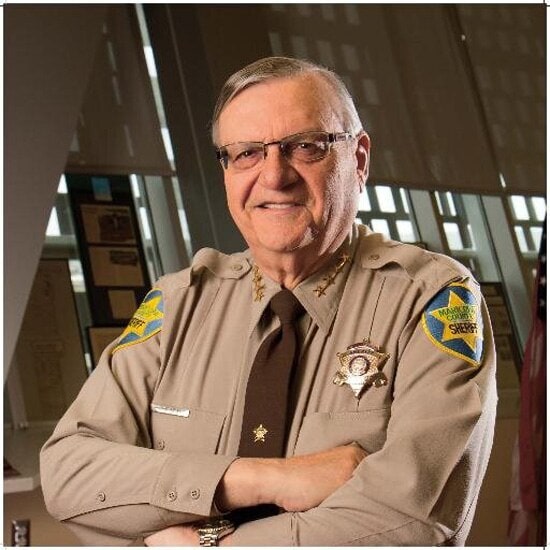 Joe Arpaio has been an elected official for more than two decades and is known as “America’s Toughest Sheriff.” (Photo: Twitter)

In an effort to aid law enforcement officers on the “front-line” and fight the “war on cops,” Maricopa County Sheriff Joe Arpaio has formed a posse of armed volunteers who will now be riding with deputies on patrol.

“The war on cops must end,” Arpaio said in a press release last week. “It is imperative that the first line of defense in this country against crime — the cop in America — be protected while protecting us.”

Arpaio thinks the posse will help to “turn the tide of the rise of line of duty deaths.”

The sheriff’s office provides volunteers with training as well as equipment. In March, Arpaio sold off guns previously seized through criminal investigations, then used the money — some $250,000 — to purchase radios, bullet proof vests and other essentials for the volunteers.

But the idea of an armed posse isn’t new for Maricopa County. In fact, the program was implemented specifically for shopping malls in 1993, shortly after Arpaio took office, following a rash of vehicle break-ins at malls around the holidays. What is now known as the “mall patrol posse” is entering their twenty-third year of watching over vehicles – and shoppers – as they prepare for the holidays.

Furthermore, in addition to an increase in attacks aimed at law enforcement, Arpaio made note of what he called a “wave” of mall shootings and stabbings throughout the country. He said it’s a detail that needs “more consideration and focus” and “diligence is imperative.”

Just three days before the terrorist attack at a workplace holiday party in San Bernardino last November, Sheriff Arpaio called on armed citizens to stand up against terrorism and, when possible, engage while waiting for first responders to arrive.

“With nearly 250,000 Arizonans carrying concealed weapons, terrorists with evil intent should be worried about armed citizens who will be ready to defend themselves and others,” Arpaio said.