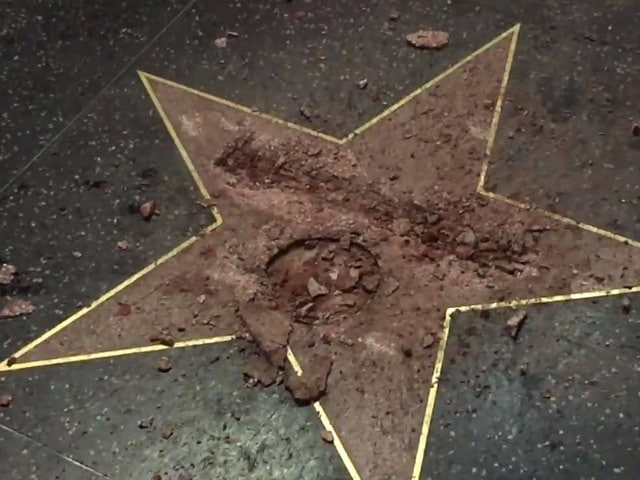 What was Donald Trump’s star on the Hollywood Walk of Fame.

A man dressed in construction clothing destroyed Donald Trump’s star on the Hollywood Walk of Fame on Tuesday night and the entire fiasco was captured on video, which can be seen here.

The vandal, who identified himself as Jamie Otis, set up a mini construction site around the star, complete with orange cones, and went to work on destroying the star with an ax and sledgehammer.

According to a street performer who talked with Otis, the vandal took pieces of the star, which he plans to sell and donate the proceeds to the women who have accused Trump of sexual misconduct just weeks before the election.

Police say the tools used to vandalized the star were left behind at the scene and, although no one is in custody at this time, the man responsible will likely face felony charges.