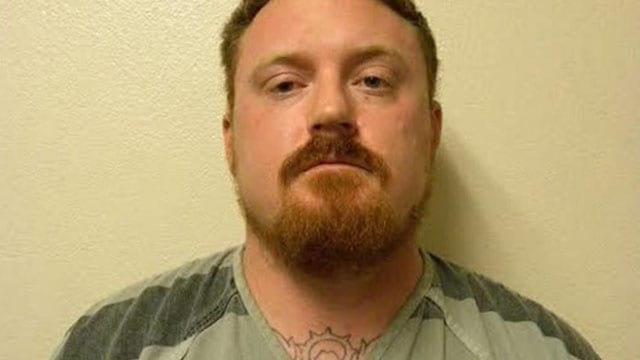 A former Colorado police officer was sentenced to 16 years in prison Thursday for shooting and killing an unarmed man.

James Ashby, 33, followed Jack Jacquez into Jacquez’s mother’s Rocky Ford, Colorado home on Oct. 12, 2014. Ashby told investigators he thought Jacquez was burglarizing the home, but the Colorado Bureau of Investigation found that Ashby had no reason to think Jacquez was committing a crime. As Ashby followed Jacquez into the home, he opened fire, killing him.

Ashby said Jacquez grabbed a baseball bat and was about to swing when Ashby shot him. The coroner found that Jacquez was shot in the back, a fact that debunks Ashby’s claim.

Viola Jacquez told the Denver Post that the officer shot at her son just inches from her face. “It was one of those moments where you’re falling off a cliff,” she said.

Investigators say Ashby fired two bullets at Jacquez. One severed his spine and hit his heart.

Eight days before the shooting, Ashby violated police department policies when he tackled a suspect.

Ashby was awarded 133 days credit to his sentence for time already served. He’ll serve five years of parole following his release from prison, and has been ordered to pay a $10,000 fine.