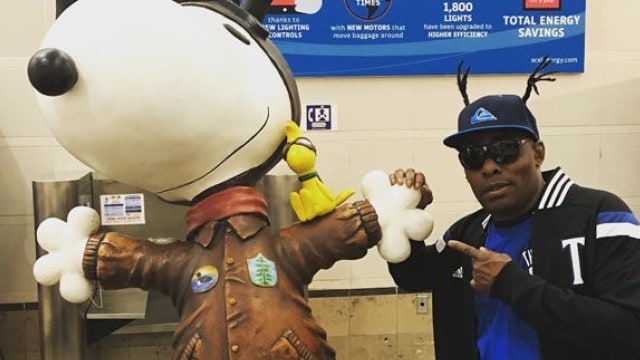 Coolio was stopped by TSA at Los Angeles International Airport in September with a stolen gun. (Photo: Instagram)

Celebrity chef Artis Leon Ivey Jr., who performed as Coolio in the 1990s, is living a gangsta’s paradise following a negotiated plea on a charge of illegal possession of a firearm by a convicted felon.

Popped by TSA with a stolen handgun in his baggage in September, Reuters reports Ivey, 53, was facing three years in prison but will instead get three years probation and have to serve 45 days of community service. In the end, he plead down to carrying a concealed weapon– which is still a felony– but prosecutors advised he could petition the court in a year to have it dropped to a misdemeanor.

A felon, the chef known for his cookbook and web series titled “Cookin’ with Coolio,” was convicted of being an accessory to robbery in 1998, carrying a weapon in a vehicle in 2001, and possession of cocaine in 2009.

“It was a misunderstanding,” Ivey told the court  this week. “I do not condone the use of firearms, legal or illegal. Thanks to the court and the attorneys handing this for me so I can still do the work that I do.”