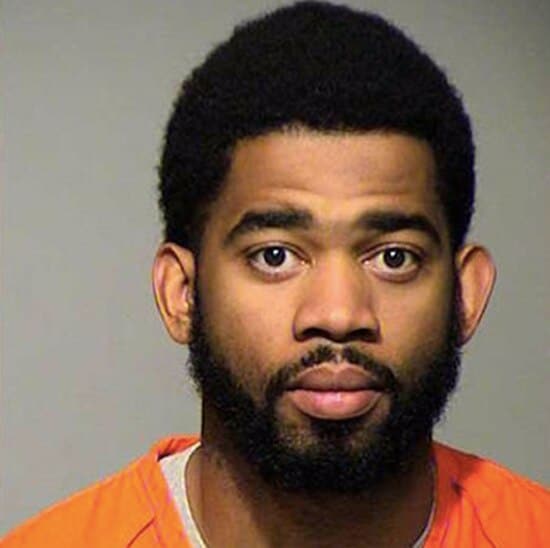 The officer who fatally shot a man in August during a foot pursuit, which led to rioting in Milwaukee, is facing multiple charges stemming from two sexual assaults, prostitution, and pornographic photos.

Officer Dominique Heaggan-Brown, 24, was arrested last week and charged with two felony counts of second-degree sexual assault and one felony count of possessing or distributing a recording of nudity without consent, as well as two counts of misdemeanor prostitution, according to records from the Milwaukee County Jail.

“This is extraordinarily disappointing,” said Milwaukee Police Chief Edward Flynn. ”These are grave charges. These are charges that go to the heart of our code of conduct and our oath to protect and serve.”

Flynn called the accusations “more than a little distressing” and said members of his police department “take their oath seriously.”

The accusations came to light on Aug. 15 after Heaggan-Brown dropped off the victim at a hospital shortly after 4 a.m. Heaggan-Brown told hospital staff he brought the man in because he was “completely out, zonked out of his gourd” and had begun to act “weird and unresponsive.”

Hospital staff noted that the man was crying and appeared to be traumatized. Additionally, when Heaggan-Brown came into the man’s view, he told hospital staff, “He raped me.”

The two men had previously met at a bar after corresponding via Facebook and indulged in several drinks before leaving. The victim, who had an undisclosed medical condition, said he felt as if he had been drugged that night. Lab tests determined the man’s blood alcohol level was between 0.19 and 0.23, more than two times the legal limit to operate a motor vehicle. Toxicology test results, if any, are unknown at this time.

Soon after leaving the hospital, Heaggan-Brown sent a text message to Milwaukee Police Sgt. Joseph Hall, whom he considered a mentor.

“Need your help big time … (expletive) up big time … but need to handle this the most secret and right way possible,” the message said, in part.

Heaggan-Brown told Hall the sex was consensual, but also noted the victim was drunk and had “medical issues.” Hall, in turn, took the information he received up the “chain of command.”

Additionally, Heaggan-Brown is accused of sexually assaulting another man on July 30 following a party at a strip club which the two men were a part of. The victim apparently became highly intoxicated during the party and later awakened lying next to Heaggan-Brown with no recollection of how he got there. The victim then discovered photos taken by Heaggan-Brown of the sexual assault, which occurred while the man was passed out.

Prior to the charges being filed, Heaggan-Brown was the subject of public scrutiny after he shot Sylville Smith, 23, in Sherman Park on Aug. 13. Officers initiated a traffic stop for suspicious activity, but Smith, as well as a second individual, fled on foot.

Smith was armed with a handgun, which was later determined to have been reported stolen in March. When Smith turned toward the officer, aiming the gun in his direction, Heaggan-Brown opened fire, striking Smith several times. Smith was pronounced dead at the scene.

As news of the shooting spread, civil unrest and violent rioting in the city followed.

The latest sexual assault was said to have occurred after Heaggan-Brown left Milwaukee for his own safety following numerous threats after the Smith shooting.