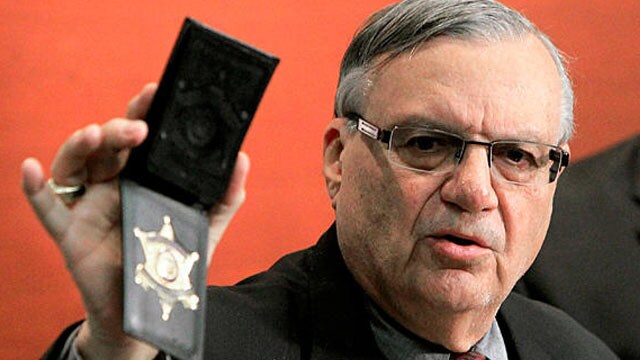 The misdemeanor charges come two weeks before a hotly contested election for the six-term sheriff. A federal judge set a status conference for Nov. 3, just five days before the election. A trial date is scheduled for Dec. 6. If convicted, the 84-year-old Arpaio faces up to six months behind bars, but a misdemeanor conviction would not prevent him from serving as sheriff.

“We believe that when the final chapter is written, he will be vindicated,” Arpaio lawyer Mel McDonald told ABC15.

McDonald says Arpaio will not be arrested, and he will plead not guilty.

“It’s another example of the sheriff putting his own personal objectives ahead of the best interest of the community at our expense,” said Arpaio’s Democratic challenger, Paul Penzone.

On Wednesday, Arpaio’s legal team filed a motion asking Judge Snow to recuse himself. They cited improper meetings between Judge Snow and a court-appointed monitor assigned to watch over the Maricopa County Sheriff’s Office. They claim communications between the two violate federal law.

The case against Arpaio started back in 2007 with a civil rights filing that became a class-action lawsuit. In total, Arpaio’s legal troubles have cost Maricopa County taxpayers nearly $50 million, according to a report from the Associated Press. That number could climb to as much as $70 million.

Arpaio has long championed himself as a no-nonsense sheriff. Last week, he announced that his office will be arming volunteers who will ride with deputies on patrol.

“It is imperative that the first line of defense in this country against crime — the cop in America — be protected while protecting us,” Arpaio wrote in a press release announcing the program.