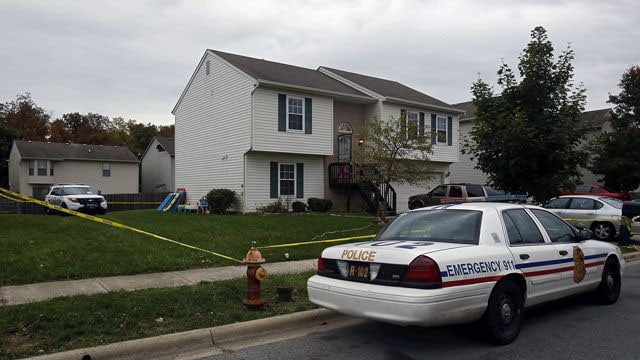 The Columbus home where a shooting left a two-year-old dead and three others injured. (Photo: Tom Dodge/Columbus Dispatch)

A shootout Tuesday night in a Columbus, Ohio home left a 2-year-old girl dead and three other people injured.

The girl was killed just days after her second birthday. She was eating dinner Tuesday night when two men got into a fight with her father. Gunshots rang out and the child, Amiyah Bice, was hit. She died soon after at the hospital.

The girl’s parents, Jessica Stanford, 25, and Julian Bice, 28, were also shot and are expected to recover. Stanford is pregnant and is expecting a baby boy in February.

“(Amiyah) would put her hand on her mommy’s tummy and say ‘bubby, bubby.’ She was excited about being a big sister,” the girl’s grandmother, Leslie Stanford, told ABC6.

One of the two men who argued with Bice, 51-year-old Norman Burke, was also shot during the incident. He was hit in the back and collapsed outside a neighbor’s home. Police arrested him and charged him with one count of murder and two counts of felonious assault. Police are still looking for a second shooter.

Neighbors say they think drugs might have been sold in the house. “That poor little girl. She had such a short life, and there’s no telling what she saw in that house,” one neighbor told the Columbus Dispatch. The woman wouldn’t give her name for fear of retaliation.

In May 2014, police seized $6,000 in cash, several guns and drugs, including marijuana, pills, crack cocaine and heroin after executing a search warrant. Stanford and Bice were not listed as suspected drug dealers, however.

Bice pleaded guilty in 2014 to possession of cocaine and tampering with evidence. Burke has a rap sheet that goes back to the 1980s.