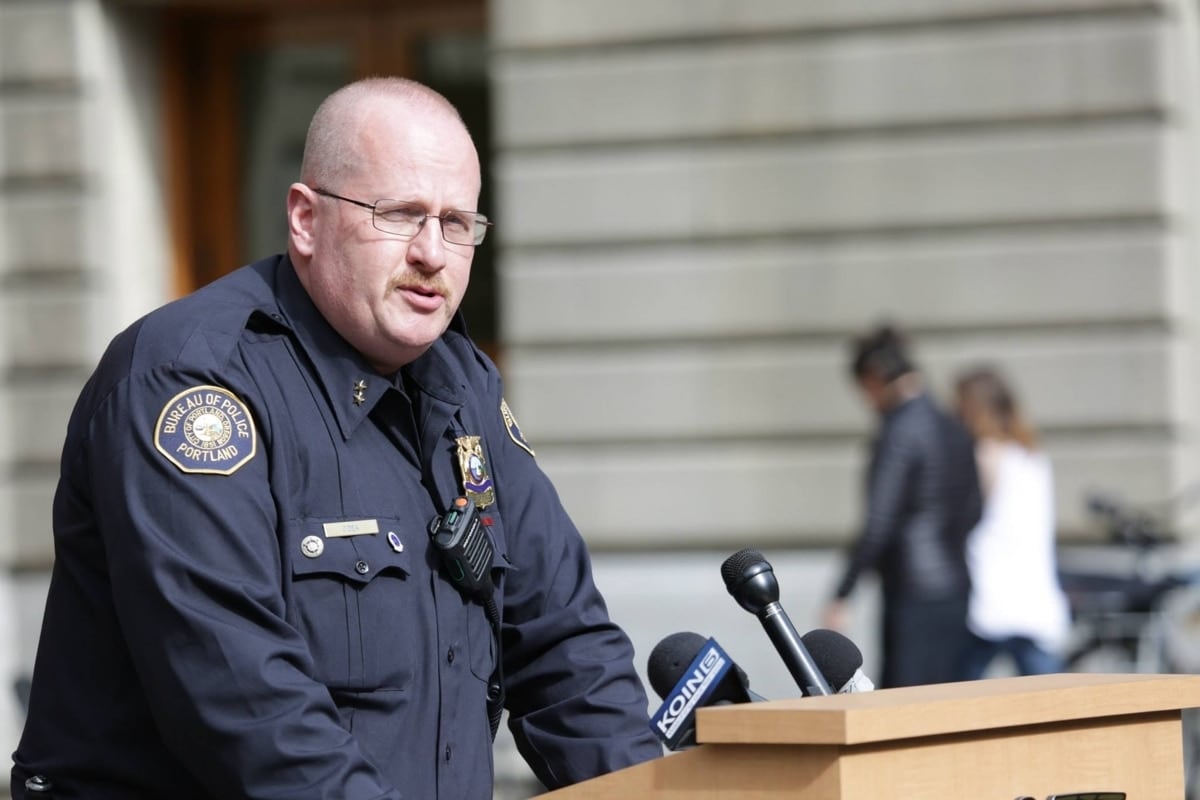 Portland Police Chief Larry O’Dea resigned in June amid public backlash over what appeared to be a cover-up of the April shooting. (Photo: Portland Police Bureau)

A grand jury on Tuesday ruled in favor of charging O’Dea with one misdemeanor count of negligently wounding another. The indictment states that O’Dea “unlawfully and by failing to use ordinary care under the circumstances” shot his hunting buddy, Robert Dempsey.

Dempsey, O’Dea and at least five others were on a camping and hunting trip in Southeast Oregon in April when the shooting occurred. The group was reportedly knocking back a few beers and chatting when a gunshot sounded. Dempsey leapt out of his chair “yelling profanities” and saying he’d been shot, according to witnesses.

Dempsey was airlifted to Boise, Idaho for treatment of a gunshot wound to the back. Dempsey was not seriously injured and was later released from the hospital.

At the time of the shooting, O’Dea relayed to authorities that Dempsey had shot himself in a case of “negligent discharge,” however, during a follow-up investigation a new story emerged. An Oregon Fish and Wildlife inquiry quoted Dempsey as saying O’Dea had personally admitted to shooting him. Allegedly, O’Dea had bent over a beverage cooler to retrieve a beer when he accidentally fired his .22 caliber rifle.

The former police chief’s attorney, Derek Ashton, emphasized O’Dea was not intoxicated or in any way impaired and “did not purposely point his gun at any person and did not knowingly discharge a firearm in the direction of his lifelong friend.”

O’Dea was placed on paid administrative leave, but resigned in June amid public outcry over a cover-up.

If sentenced, O’Dea faces a maximum six-month jail sentence and a $2,500 fine. Thus far, the indictment has been the only result of any investigations into O’Dea.