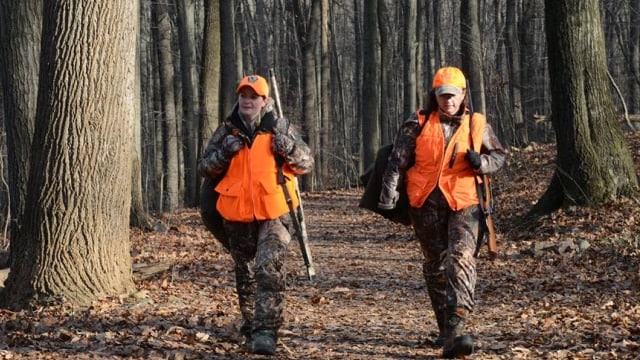 Pennsylvania is one of only two states that do not allow the use of semi-auto rifles for hunting. (Photo: Joe Kosack/Pennsylvania Game Commission)

A House proposal lifting prohibitions on the use of semiautomatic and air or gas-powered rifles by Pennsylvania hunters has been approved by the legislature.

The legislation has spent the past 20 months winding through committee and floor votes before passing the Senate on Tuesday 40-7 and the House 160-25 Thursday in veto-proof margins.

“The inspiration for House Bill 263 came from an Elk County citizen who showed me how advancements in technology associated with these air-, chemical- and gas cylinder-powered rifles made them viable, humane options for use in hunting applications,” said Rep. Matt Gabler, R-Clearfield, sponsor of the legislation, in a statement. “In addition, my bill now brings Pennsylvania in line with many other states that provide semi-automatic firearms as a viable hunting option.”

Gabler’s legislation amends state law by removing the ban on the use of air, chemical or gas cylinder operated weapons as well as semi-automatic rifles, allowing the Pennsylvania Game Commission to regulate the use of such weapons to manage game species and bag limits.

Only one other state, Delaware, currently prohibits the use of all semi-automatic rifles to take game. While semi-auto shotguns are allowed under Pennsylvania laws, all rifles must be manually operated.

Past legislative attempts to overturn the Keystone State’s curious ban on semi-auto rifles for sportsmen in 2014 and 2015 have come up short.

State conservation officials advise that, even if the measure becomes law, it’s already too late to see use this hunting season and will be considered by the game commissioners for next year.

“Generally we’re in favor of legislation that gives us the authority to makes decisions on the expansion of permitted sporting arms,” said Travis Lau, spokesman for the state game commission, as reported by The Evening Sun.

Last year, Matt Hough, executive director of the commission, told lawmakers he would like to see magazines used in the field by semi-autos limited to five rounds as well as restrictions on species.

Pennsylvania has some 1.3 million licensed deer hunters, the most in any state.

The proposal had the strong support of gun rights groups such as the National Rifle Association as well as hunting organizations.

Gov. Tom Wolf, a Democrat who was rated an “F” by the NRA on gun rights, is reviewing the legislation.