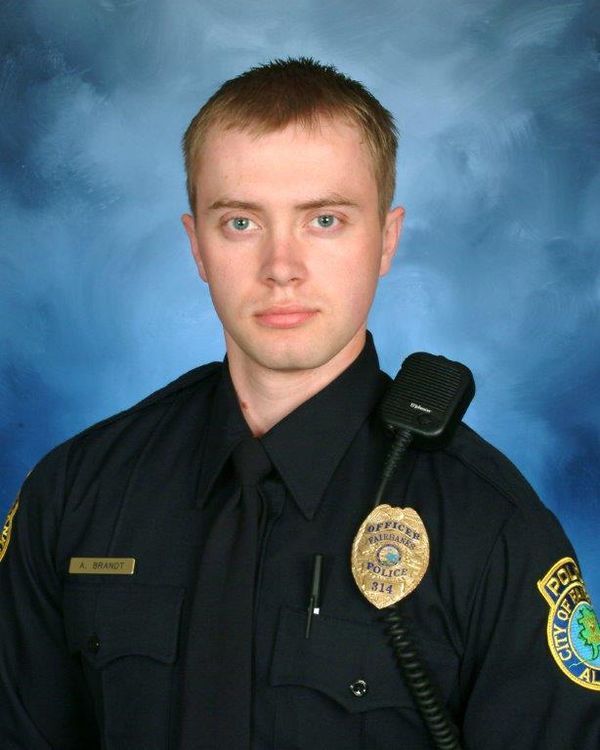 Fairbanks Police Sgt. Allen Brandt, who was shot six times in the line of duty, died Friday after surgery to remove shrapnel from his eye.

Brandt was shot on Oct. 16 after responding to reports of shots fired in downtown Fairbanks. Shortly after midnight, he pulled his cruiser over to talk to a pedestrian. The man, Anthony G. Jenkins-Alexie, opened fire on Brandt, hitting him five times in the legs and once in the chest.

At least one round was deflected by Brandt’s body armor, but shrapnel from that shot lodged in the 11-year veteran’s left eye.

Brandt was taken to an Anchorage hospital for treatment where he was released last Monday to make an appearance before the Fairbanks City Council that night. He told the crowd at the meeting that he might still lose his eye due to the shrapnel.

Brandt returned to the Anchorage hospital Thursday to have the shrapnel removed. The surgery went smoothly, but the 34-year-old officer suffered complications afterward according to Fairbanks Police Chief Brad Johnson. Johnson said the officer’s condition continued to deteriorate and he was ultimately unable to recover.

Johnson made the announcement of Brandt’s death Friday evening at a press conference broadcast live on Facebook.

“Fairbanks lost a hero today,” an emotional Johnson said. “Our community, this department, our families, our friends are hurting.”

Brandt’s shooter was arrested following the incident and faces charges of attempted murder and assault, among others. Fairbanks’ District Attorney is considering adding or upgrading charges in light of Brandt’s death.

A vigil to honor the fallen officer was scheduled for Friday evening in Fairbanks. Johnson spoke before the large crowd of 300 to 400 people gathered to remember Brandt and his sacrifice.

“We’ll pass your love on to Allen’s family. As you probably know, Allen was a man of strong faith,” said Johnson. “Their faith will help them through this, as will your support. So I really want to thank you for being here. It means everything.”

Brandt is survived by his wife and four children.

Gov. Bill Walker has ordered all Alaskan flags to be lowered for one week in memory of Brandt.