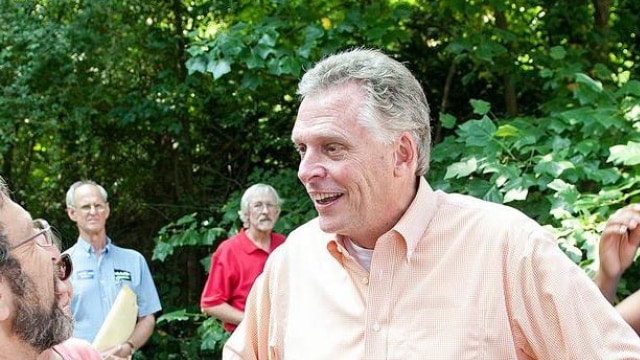 A compromise between Virginia Gov. Terry McAuliffe and lawmakers that ended with state troopers setting up shop at gun shows has resulted in just 21 background checks performed.

In February, McAuliffe worked a deal with state lawmakers that jettisoned a plan by Attorney General Mark Herring to no longer recognize concealed carry permits from 25 states over fears those licenses did not meet the same guidelines as Virginia. In exchange for increasing permit reciprocity, the Virginia State Police would send troopers to gun shows to provide voluntary background checks for private gun sales while gun owners with certain protective orders will have to hand over their firearms within 24 hours of being served and be prohibited from possessing firearms for the length of the order.

“The historic bipartisan agreement will make Virginia safer by keeping guns out of the hands of domestic abusers and people who cannot pass background checks,” said McAuliffe in a statement when he signed the legislation.

However, as reported by the Richmond Times-Dispatch, data from the Virginia Firearms Transaction Center, operated by Virginia State Police, show just 21 private sellers opted for one of the voluntary checks at 23 shows over the past four months.

All 21 checks came back clean and contrast sharply against more than 12,000 mandatory checks performed by licensed firearms dealers at the shows — that included 110 denials. The number also contradicts the commonly held assertion that private gun sales make up as much as 40 percent of firearm transfers in states where universal background checks are not mandatory.

“It will only be when these checks are mandatory, or take place on a large scale, that we are likely to see denials,” says Andrew Goddard, legislative director for the Virginia Center for Public Safety, a gun control organ that supports checks on all sales — not just at gun shows. “Voluntary compliance is not the way to effectively stop sales between private seller and ineligible buyers.”

Mandatory gun show checks on private transfers have been a part of McAuliffe’s legislative packages sent to lawmakers that were quickly snuffed out in Republican-controlled committees.

“The minuscule number of voluntary background checks since July indicates to me that the General Assembly needs to take this law off the books and use the money to go after violent criminals on our streets instead,” said Van Cleave.