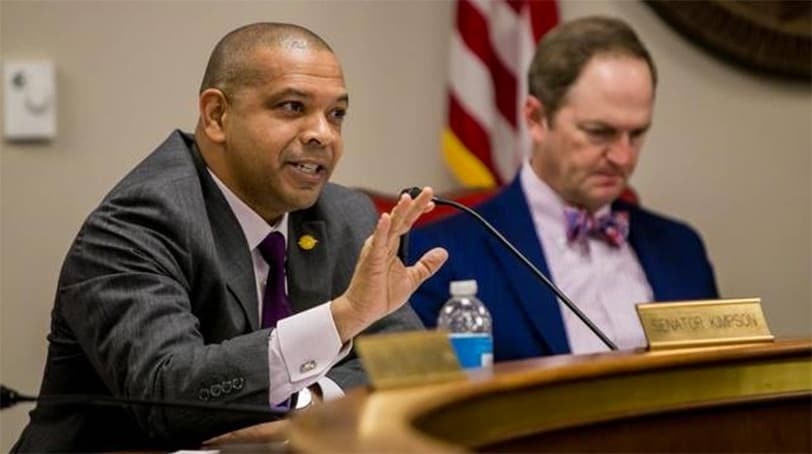 A South Carolina senator vowed Thursday to renew a legislative push to close the so-called “Charleston Loophole” come next year.

Kimpson and other gun control supporters believe such a law would have prevented the clerical error — now known as the “Charleston Loophole” — that allowed a 21-year-old man to buy a .45-caliber Glock handgun without a completed background check last year.

That man later opened fire during a Bible study at Emanuel African Methodist Episcopal Church in Charleston on June 17, 2015, killing nine parishioners. He pleaded not guilty the following month to 33 federal offenses, including hate crime charges, and will stand trial in January.

Kimpson sits on the state Senate’s Gun Issues Special Committee, which has been touring the state over the last six weeks gathering testimony from residents about reforming firearm laws in the wake of the Charleston Church shooting.

“What we heard over the last four meetings, I think, is compelling evidence that the people of South Carolina want comprehensive, expanded background checks,” Kimpson said during Thursday’s hearing at the State House’s Gressette Building in Columbia. “To be clear, this is not about taking away people’s guns. This is about making sure that people who are unfit to have guns are properly screened with enough time from the federal government to make that decision and get the decision back to the gun dealer.”

Columbia Police Chief Skip Holbrook said Thursday he would support beefed-up penalties for illegally obtaining a firearm, admitting “we have a problem with guns being in the hands of the wrong people,” according to The State.

“I simply say, doing nothing is not acceptable,” Holbrook said, per The State. “The difficulty is finding the balance, the sweet spot, the right thing to do. And that is challenging.”

Kimpson could reintroduce the background check bill as soon as the state’s prefiling period begins in December.