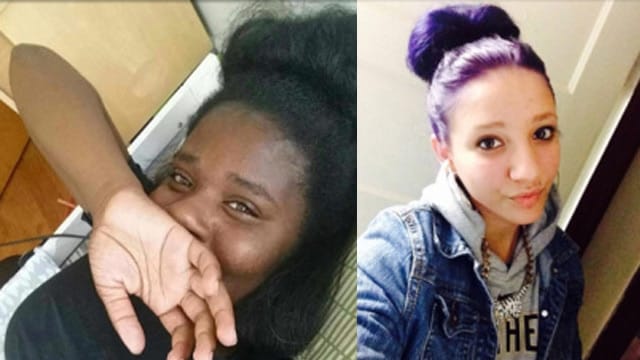 Two young women are dead and five other people are injured after a shooting at a Halloween party in upstate New York early Sunday morning.

Omani Free, 18, and Tabitha Cruz, 20, were standing near a DJ booth at the party when a man opened fire just before 1 a.m. Five other people were shot and are expected to survive. No arrests have been made.

“There was some dude, they were jumping somebody, I don’t know his name,” one partygoer told WCBS. “Then another dude came out with a gun, they turned off the lights, started shooting everywhere.”

“This is Newburgh, everybody fires a gun,” Tabitha Cruz’s father Miguel Cruz told WNBC. “They don’t believe in nothing. This is a place where dreams die. And my dream just died.”

Two men were arrested after the party. Rainier Hamilton, 21, and Tyson Oliveira, 20, were charged with tampering with evidence. Hamilton was also charged with criminal possession of a weapon. Police say they are not accused of committing the actual shooting.

Omani Free made a last minute decision to go to the party, according to her mother, Rhonda Valentine-Free. A friend of her 15-year-old son called saying their daughter had been shot. That’s when they went to the hospital. The teenager died hours later.

“She was a sweet girl,” Valentine-Free said. “She was my chocolate baby.”

Students at Newburgh Free Academy, where Free was a senior, will hold a vigil Monday afternoon to remember the two women.

Newburgh is about 70 miles north of New York City.