Woman shoots son as he attacks estranged wife with a hammer 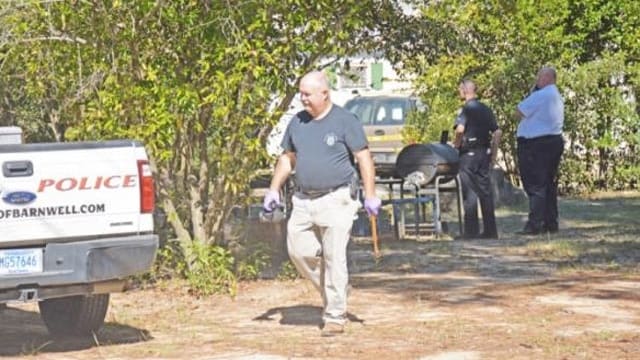 Authorities confirmed last week that a South Carolina woman will not face charges for shooting her son, who was attacking his estranged wife with a hammer during the Oct. 22 incident.

The day before the shooting, Jones told Newton in gruesome detail how he was going to use a hammer to kill his estranged wife, Wanda Badger, who is also the mother of his four children. Jones said he would then go to his mother’s home and burn it down. Newton, afraid her son would do exactly as he said, went to Badger’s place of employment to inform her of Jones’ threats.

The following day, Jones asked Newton for a hammer, but knowing his plans, she refused to give him one. However, Newton’s husband was unaware of the threats previously made by Jones and retrieved a hammer for him.

Reports differ on the details, but at some point, Badger, who lives on the same street as Newton, was sitting in her parked car outside when Jones approached the vehicle and began striking her in the head with a hammer. Newton witnessed the attack and retrieved a gun.

However, as Newton approached Jones, he turned and charged at her. At that point, Newton fired multiple shots and struck Jones in the abdomen.

When authorities arrived on the scene, Jones was transported to the hospital. Badger also received medical treatment for injuries she sustained during the assault, which included several lacerations on her head and arms. Some of Badger’s injuries were described as defensive wounds.

Black confirmed that no charges would be sought against Newton, as she acted in defense of herself and another. Jones is facing attempted murder charges, in addition to charges filed against him from both Badger and Newton.