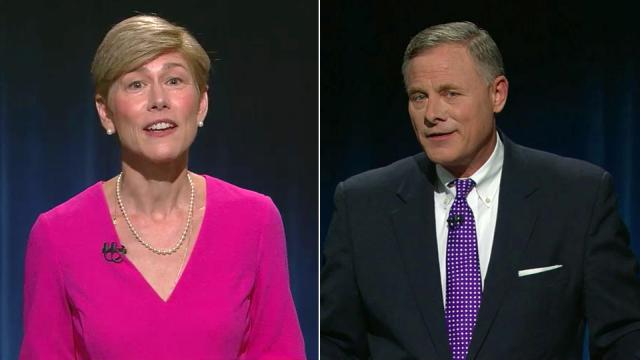 The Senate is the Republicans’ to lose this election cycle with 10 seats held by GOP incumbents up for grabs. Democrats, with fewer spots open, only need to keep their current real estate and pick up four seats from across the aisle to take control of the upper chamber of Congress. One of the hardest-fought races is that between U.S. Sen. Richard Burr and his challenger, former state lawmaker Deborah Ross, with gun politics playing a key role.

According the voter education site On The Issues, while in the North Carolina state legislature Ross repeatedly voted against right to carry legislation, which the NRA has used against her in a series of ads painting her as “Too Dangerous for NC.”

Burr, who has picked up the strong endorsement of the Second Amendment group as well as their “A” rating, has been slammed for remarks he recently made about Hillary Clinton by national gun control organizations. The comments, saying he was surprised that the latest issue of the NRA’s American Rifleman with a photo of Hillary Clinton on the cover hadn’t put a bull’s-eye over her face were later walked back, telling The Raleigh News & Observer, “The comment I made was inappropriate, and I apologize for it.”

“Just like Secretary Clinton has said many times before, gun owners know that Second Amendment rights go hand in hand with common-sense gun laws like a background check on every gun sale,” said Christy Clark, with the North Carolina chapter of Moms Demand Action, in an email sent to Guns.com. “Senator Burr’s inciting and violent language – much like what Donald Trump has said before – is unacceptable and simply not how we talk to people in the Carolinas.”

Looking at campaign finance, Burr has significantly out-raised Ross, stacking some $11.3 million for his reelection this cycle according to the Center for Responsive Politics, compared to a more modest $8.3 million for his Democratic challenger. The National Rifle Association has coughed up more than half of Burr’s funding, contributing $7.6 million through a variety of PACs and 501c committees towards keeping him in office.

The majority of the money for Ross — more than $9 million — comes from the Democratic Senatorial Campaign Cmte super PAC while trade unions, Planned Parenthood and WomenVote have provided the bulk of the balance, the latter of which chipped in $1.7 million. It should be noted that while Ross has not seen significant funding from outright gun control groups, former New York Mayor Michael Bloomberg is a large donor to the WomenVote PAC.

According to poll aggregator Real Clear Politics, the race between Burr and Ross is a statistical dead heat.