Federal background checks on pace for biggest year ever 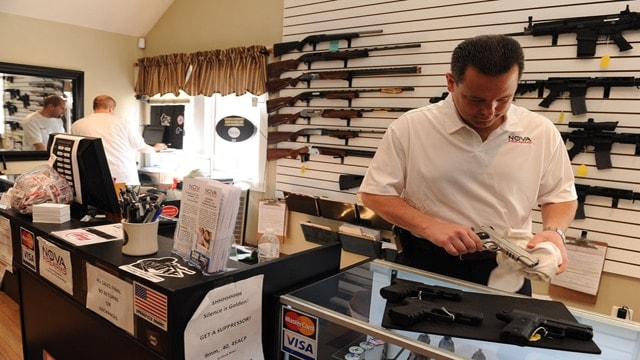 Dennis Pratte, owner of a gun store in Falls Church, Virginia, tells the New York Times he sells only to those who can pass a background check (Photo: Mary F. Calvert/The New York Times)

The adjusted NICS totals also show notable growth in background checks, up 13 percent over last year and 18 percent from September.

The adjusted total is calculated by removing permit checks and rechecks from the total number of background checks performed for the month. Industry analysts and trade associations, including the National Shooting Sports Foundation, use the adjusted total as a measurement of gun sales across the country.

A combined 962,403 permit checks and rechecks were conducted last month, shrinking the adjusted total to just under 1.4 million.

Still, it’s the biggest October on record since the federal background check system rolled out in 1998. As the firearms industry heads into its busiest selling season, NICS could secure its biggest year ever by the end of November.