Indian shooter pulls out of Iranian competition over hijab requirement 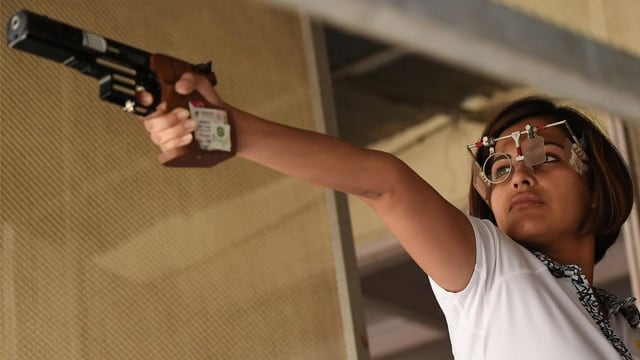 An Indian shooter has pulled out of a competition in Iran over the host country’s requirement that all females wear hijabs.

Heena Sidhu, 27, is the defending champion of the Asian Airgun Shooting Championship competition, but says Iran’s requirement is not in the spirit of the sport.

“You follow your religion and let me follow mine,” Sidhu told Times of India. “I’ll not participate in this competition if you are going to force me to comply with your religious beliefs.”

The competition’s website states that all athletes must wear clothing that complies with the rules of the Republic of Iran.

She said she doesn’t want her decision to distract from the competition, and she wishes good luck to her fellow Indian shooters.

On her Facebook page, Sidhu writes that she wants to be the best shooter in the world.

“The ultimate goal is to bring laurels for the country by winning an Olympic medal,” she said.