Suspect in custody after 'ambush' killings of two officers in Iowa 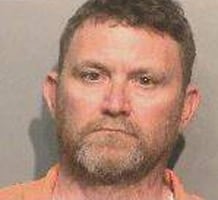 Police in Iowa have arrested a man in connection with an “ambush-style” attack that left two police officers dead.

Scott Michael Greene, 46, is suspected of shooting an officer who sat in his squad car in the Des Moines suburb of Urbandale just after 1 a.m. on Wednesday, according to a statement by Urbandale officials.

About 20 minutes later, and nearly two miles away, an officer responding to the initial attack was shot. Both policemen died. Greene was on foot when he was found hours later and arrested.

Police didn’t explain why Greene was a suspect, and aren’t sure of a motive. Urbandale police spokesman Sgt. Chad Underwood said Greene was identified “through a series of leads and a series of investigative tips.”

Urbandale police identified the two policemen as Officer Justin Martin, who joined the force in 2015, and Sgt. Anthony Beminio, who has served the city since 2005, according to local reports. The department said memorial funds have been established in their names.

The New York Times reports that a video posted online last month allegedly shows Greene being escorted from a high school football game in Urbandale. He was angry because someone took his confederate flag. In the video, he told police he wanted them to file charges against the “African-American people that were behind me” who he claimed took his flag.

Attorney General Loretta Lynch condemned the killings Wednesday. “Let me be clear, there is no message in murder,’’ she said. “Violence creates nothing; it only destroys.’’