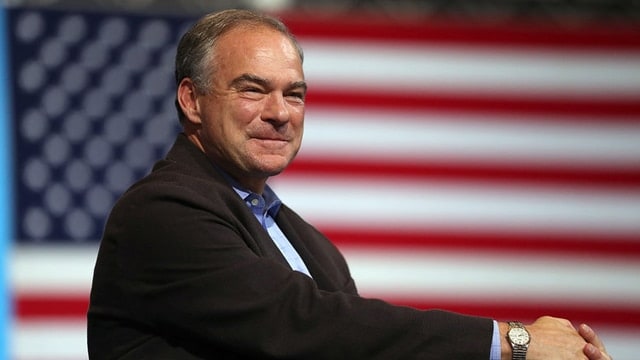 Vice Presidential nominee Tim Kaine is taking aim at the NRA, saying he’s done what he can about “common sense” gun laws in his home state of Virginia, but has watched Congress falter in the face of the gun lobby.

“We have to make a decision about what matters to us,” said Kaine in an opinion piece published by Time magazine Tuesday. “We have to treat this like the public health crisis it is.”

Kaine notes that he is a gun owner, and that he supports the Second Amendment.

“Yet my experiences have shown me that supporting the right to bear arms should never stop us from ensuring our communities are as safe as possible.”

Kaine, a Democrat, talks about how he was the governor of Virginia during the shooting at Virginia Tech.

“The shooting revealed glaring weaknesses in campus security protocols at colleges and universities, in mental health standards, and in the system for background checks before gun purchases, so I convened a multidisciplinary panel to identify actionable solutions,” he writes.

Kaine also boasts about an executive order he issued that kept mentally ill people from purchasing weapons, but lamented about his inability to close the so-called gun show loophole in Virginia.

In 2015, Kaine was (and still is) a U.S. senator, and he was upset when the Senate “failed to stand up to the NRA,” rejecting a measure that would have prohibited people on the no-fly list from buying guns.

“If someone has been deemed too dangerous to be allowed on an airplane, why should they be permitted to purchase a firearm?”

“An overwhelming number of Americans — many of them gun owners — support commonsense efforts to reduce gun violence like background checks, but the NRA and the gun lobby vehemently oppose any efforts to make our country safer and to promote responsible gun ownership,” writes Kaine. He says gun manufacturers want to sell as many guns as they can to whomever they can, whenever and wherever they can.

“I look forward to the day when we, as elected officials and as Americans, live up to our responsibilities and put an end to this crisis,” he says.

The comments are excerpted from a new book called “Guns in the Hands of Artists” by Jonathan Ferrara.