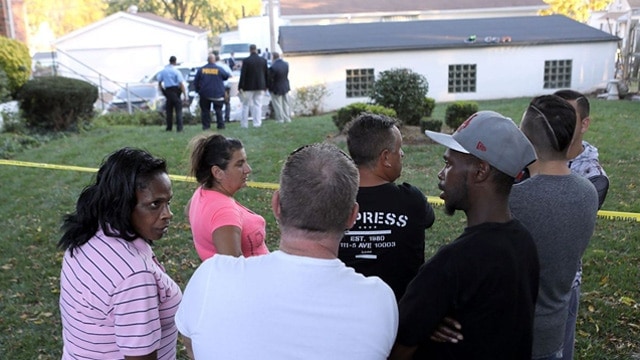 A 73-year-old St. Louis homeowner shot and killed two young men who broke into his garage and tried to rob him at gunpoint Tuesday afternoon.

The homeowner, who did not want his name released, was in his garage with the doors closed when the two suspects, both armed with handguns, entered through a side door just before 4 p.m.

The suspects demanded the homeowner give them his truck, which was parked on a concrete area between the garage and the house. But when one of the suspects put a gun to his head and told him to back up, the homeowner pulled his own pistol from his pocket and shot them both.

Erick Kayongo, who lives in a nearby apartment building, told the St. Louis Post-Dispatch that he heard seven or eight gunshots, then looked outside to see the two suspects lying on the concrete area where the truck was parked. Kayongo, who has lived in the apartment for over a year and never heard gunshots in the area before, called the police.

The two suspects, later identified as Jonathan Warren, 18, and Lonnie Middlebrook, 20, were pronounced dead on the scene. Police recovered both weapons carried by the suspects, one of which was reported stolen out of Florissant on Sunday.

The homeowner was not injured, but is emotionally distraught over the incident.

“I wish it had never happened,” he told the Post-Dispatch. “I am devastated over it.”

Nonetheless, St. Louis Metropolitan Police Captain Mary Warnecke said it appears at this time that the homeowner acted in self-defense.

Many of the area residents agree the homeowner, who is a retired firefighter and lives in the home with his wife, is a good guy.

Ron and Joan Pratt, who own the apartment building where Kayongo lives, said the homeowner often attends neighborhood meetings and never misses a chance to say hello. They described the homeowner and his wife as friendly and warm.

Peggy Armbruster, who lives nearby described the robbery victim as a “super nice” guy who likes to tinker in his garage and often helps out his neighbors with small tasks like snow blowing. Armbruster said the homeowner had been targeted for robberies in the past.

Joan Pratt said the homeowner feared for his life when he shot the intruders.