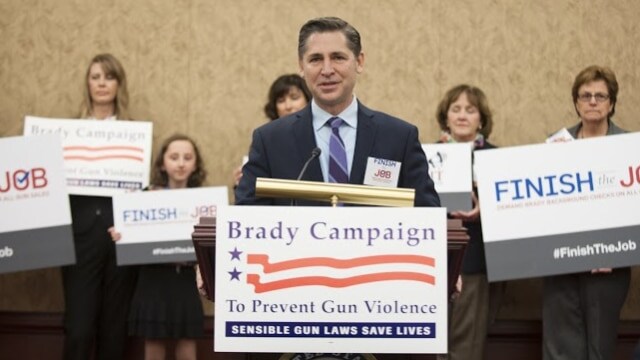 “What’s most troubling is this correlation between soaring gun sales and an increasingly turbulent and violent political atmosphere,” said Dan Gross, president of the Brady Campaign (Photo: Brady Campaign)

The Washington D.C.-based gun control organization held up news of Sturm, Ruger’s sharp increase in sales — with earnings up 66 percent — as a troubling development when taken with remarks in recent months from Donald Trump and incumbent GOP U.S. Sen. Richard Burr.

“What’s most troubling is this correlation between soaring gun sales and an increasingly turbulent and violent political atmosphere,” said Dan Gross, president of the Brady Campaign, in a statement emailed to Guns.com. “Americans are literally arming up for the election — at the direction of some very powerful influencers. An industry CEO himself attributes the rising sales to the presidential campaign, one in which calls to arms and encouraged violence have now become disturbingly commonplace from Donald Trump’s camp. It’s shameful, and they’re either blind to the real world consequences of their words or they simply don’t care. It’s that simple.”

Earlier this year, Trump drew flak from Democrats when he told a crowd that if Clinton appoints a new Supreme Court Justice “nothing you could do, folks — although the Second Amendment people, maybe there is. I don’t know.” He later clarified, saying he didn’t mean gun owners would assassinate her if she appointed a new Justice but rather they could vote in the upcoming election.

This week in North Carolina, Burr seemingly doubled down on comments made by Trump by saying he was surprised that the latest issue of the NRA’s American Rifleman with a photo of Hillary Clinton on the cover hadn’t put a bull’s-eye over her face, which he quickly walked back.

As such, the Brady group, calling Burr’s apology “milquetoast” began a petition calling on Trump and the Republican National Committee to renounce any form of violence on and after election day, saying, “There is no place for this kind of vile rhetoric in our political discourse. In this country, we settle our disagreements with peaceful elections, not threats to take up arms against our opponents.”

The call came the same day that local, state and federal authorities in Mississippi launched an investigation into a suspicious fire at Hopewell Missionary Baptist Church in Greenville. The historically black church that served as the site of strategy meetings during the Civil Rights era was burned and “Vote Trump” reportedly painted on its exterior.

In January, with the field still crowded with candidates, the Brady Campaign endorsed Hillary Clinton for President “because of her long history of working with Brady on gun violence prevention and making our issue the centerpiece of her presidential campaign.”

Since then, Gross has appeared at Clinton rallies and spoken extensively on her behalf. 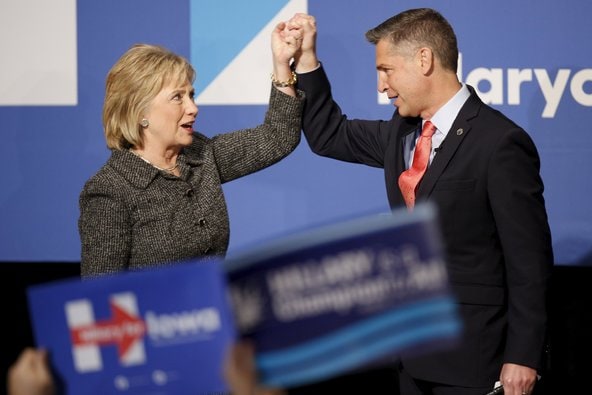