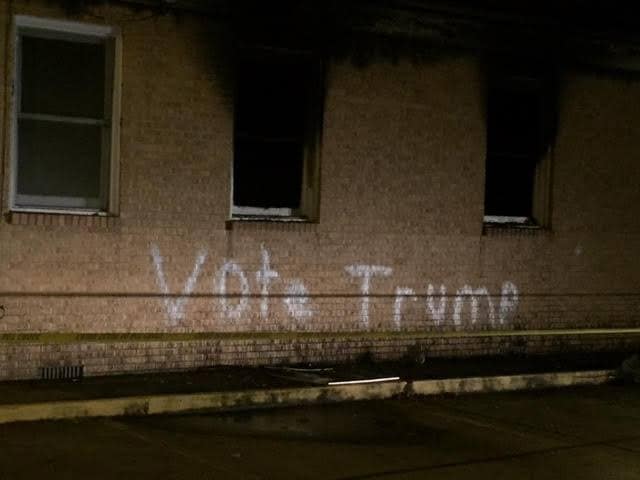 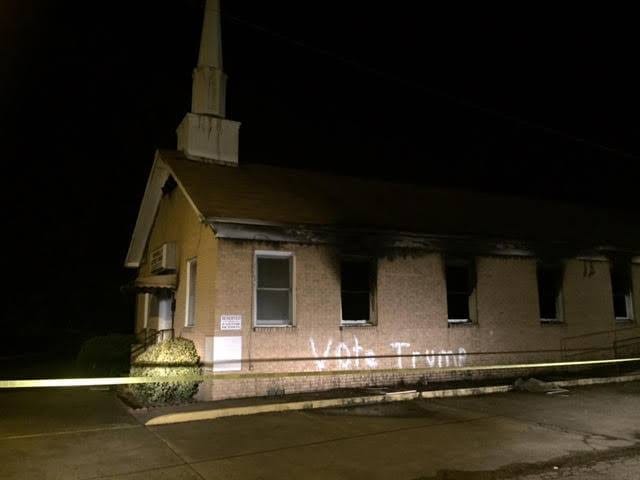 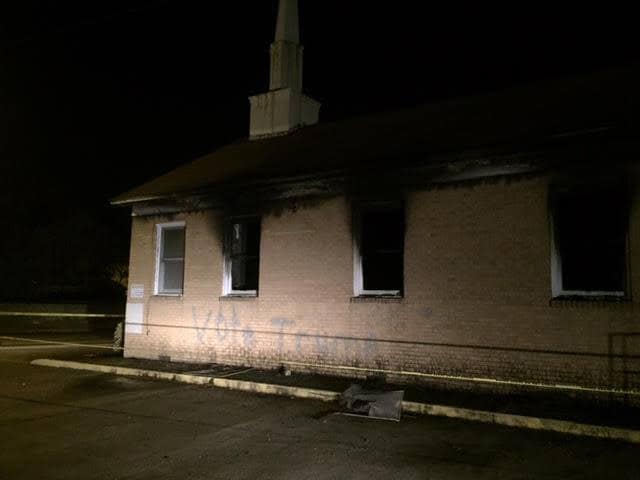 Authorities are investigating an act of arson and vandalism at a historic black church in Greenville, Mississippi, Tuesday night as a hate crime.

The fire, which was deliberately set, caused extensive damage to Hopewell Missionary Baptist Church. The words “Vote Trump” were also spray-painted on the side of the 111-year-old building.

Greenville Police Chief Freddie Cannon called the incident “a form of voting intimidation.” Greenville Mayor Errick Simmons called it a “hateful and cowardly act” and a “direct assault of people’s right to freely worship.” Simmons assured that those responsible would be prosecuted to the fullest extent of the law.

The Federal Bureau of Investigation is assisting local and state law enforcement agencies with the investigation, and although authorities have spoken with a person of interest, there are no suspects in custody at this time.

A Go Fund Me account has been set up to collect donations to repair the historic building, and in less than 12 hours has reeled in over $100,00, well surpassing the original goal of just $10,000.