Suspect in Iowa cop killings had history of mental illness, run-ins with police 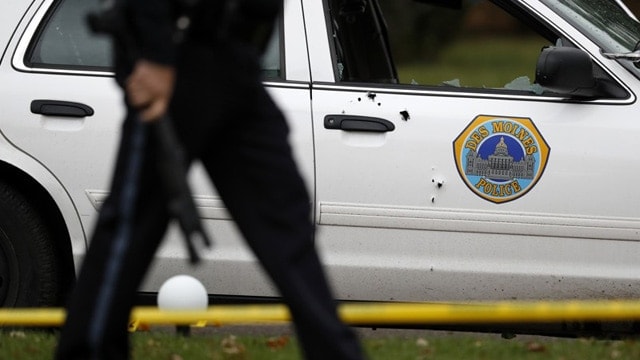 A patrol car is left riddled with bullet holes, the aftermath of what was described as an “ambush-style” attack on two officers in Des Moines. (Photo: AP)

While authorities have not yet indicated an exact motive, records show the man accused of fatally shooting two police officers in a Des Moines suburb Wednesday morning was well-known to local authorities and had a history of mental illness.

Scott Michael Greene, 46, is accused of killing Urbandale Police Officer Justin Martin and Sgt. Anthony Beminio, each as they sat in their patrols cars. The officers were shot “ambush-style,” about 20 minutes and two miles apart. Greene was identified as the suspect, then apprehended without further incident several hours after the shootings. Authorities believe he acted alone and the FBI is assisting in the investigation.

Some who are acquainted with Greene were confused by his actions, as he recently spoke out against anti-cop rhetoric, but Greene’s daughter, Sammie, indicated her father was “very sick mentally,” in a Facebook post, fraught with angry comments, which has since been removed.

“Evil succumbed him and he made the up worst mistake. Now he will have to live with that for the rest of his life. But I will never turn my back on this man,” Sammie wrote, adding that he was “consumed by the devil” on the morning the shootings occurred. 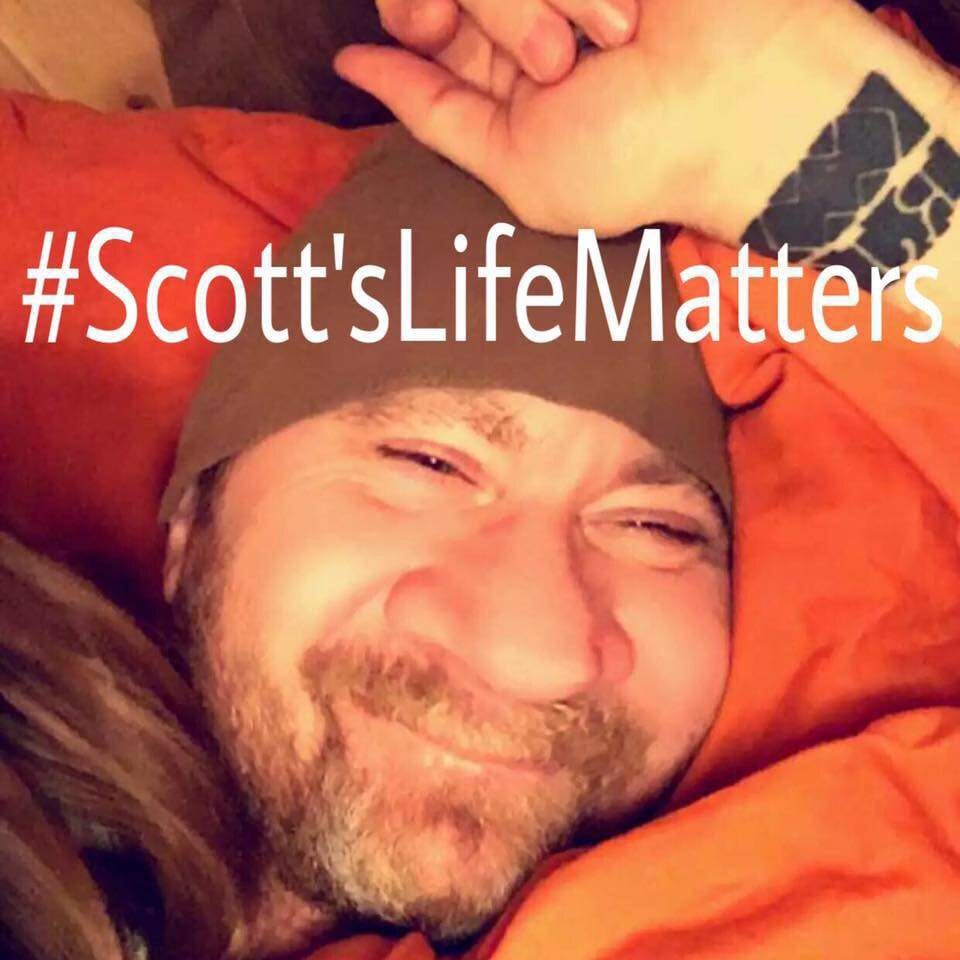 Sammie also noted that she is praying for her father, as well as the families of the officers he killed.

Phyllis Nace, who lived across the street from Greene and his 66-year-old mother, said Greene suffered from mental illness and spun into a dark depression after his father, a Vietnam veteran, died following a battle with cancer. Nace said Greene suffered “a number of losses all in the same month,” but did not elaborate. She said he had been “trying to work through it” while his mother, Patricia, was also trying to support him, The Des Moines Register reported.

However, following a recent domestic violence incident involving Greene and his mother, Patricia reportedly moved out of the house. During that incident, Patricia allegedly slapped Greene in the face before he retreated to his bedroom downstairs, but the scuffle started back up again after Patricia allegedly grabbed at a necklace worn by Greene that held his father’s dog tags and said something to the effect of, “You don’t deserve these.”

Patricia has a pending misdemeanor domestic abuse charge stemming from the incident and is due in court later this month. She also has an active order of protection against her, barring her from having contact with Greene.

Bart Brandon, who has lived next door to Patricia’s home – where Greene also lives – for more than nine years, said the man always seemed “eager” to engage in strange conversations. Other residents weren’t exactly left with good impressions of Greene either.

Just last week, Greene apparently was involved in thwarting a burglary at a local music shop when he was out walking his dog early in the morning and noticed someone at the shop who did not belong there. The police were called and, in fact, one of the responding officers was Justin Martin, whom Greene killed Wednesday morning, although there’s no indication that Martin was specifically targeted.

Shortly after the attempted break-in, Greene shared with Brandon all of the details about the incident.

“To me he seemed like he was kind of enjoying being the good guy,” Brandon said. “He clearly didn’t have any problems calling law enforcement, so I don’t understand why he all of a sudden is against law enforcement.”

Likewise, store owner Paul Wilson said later that day Greene showed up to talk with him and “sympathize” with Wilson’s victimization, but also noted he wished he would have had the opportunity to confront the suspect. Wilson said that’s when Greene showed him a collapsible baton and things got weird.

“He whacks out this telescoping baton and said, ‘Well, first I’ll break their collarbone, and if that doesn’t work they get to meet Mr. 9mm,’” Wilson recalled, adding, “That’s not normal.”

Wilson said Greene also bragged about always being armed and talked about stress he now endures as a result of his military service. However, it appears that Greene never actually served in the military.

“I didn’t have a good feeling about having the guy around,” Wilson said of Greene.

In addition, court documents from an arrest for harassment last year indicated that Greene suffered from mental health issues but, following a mental health evaluation, was taking the recommended medications.

The harassment charge stemmed from a 2014 incident in which he allegedly yelled a racial slur at a black man and threatened to kill him. And that incident was just one of several.

“Most of our officers have some understanding of Mr. Greene,” Urbandale Police Chief Ross McCarty said in a news conference. “They’ve taken trips to his house or delivered service to him.”

Last month, Greene was escorted out of a high school football game after an incident involving him waving a confederate flag during the national anthem while standing in front of a group of black people, who Greene said assaulted him and stole the flag. He described the incident, which he recorded and posted on YouTube, as “almost like a mugging.”

Green did not face charges in that incident, but was rather given a trespass warning.