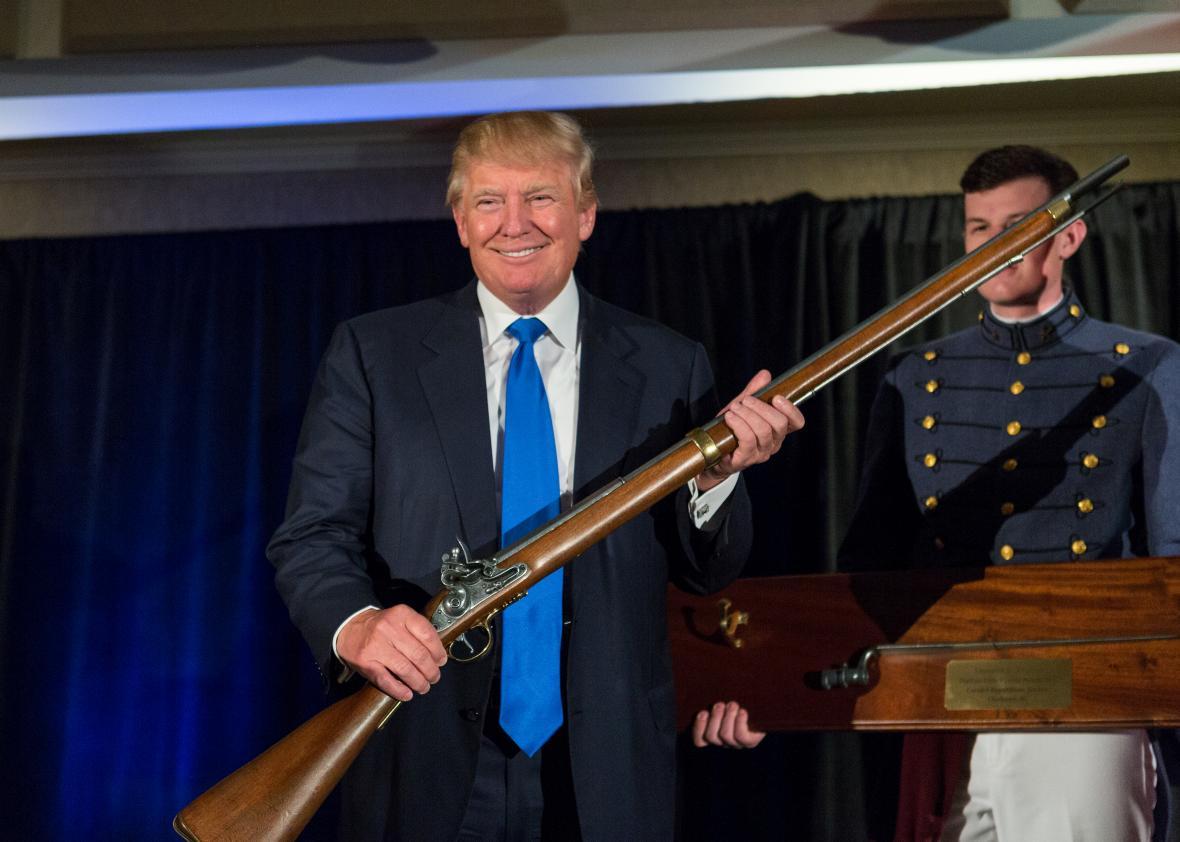 The announcement, made Thursday, reaffirms Trump’s commitment to preserving the Second Amendment by utilizing lawmakers and gun industry experts. Packed with 62 co-chairs ranging from Olympic athletes to manufacturers, the coalition will advise Trump on firearms and gun issues through the rest of the campaign and into his presidency, should he win.

Jesse James, Marty Daniel, Ronnie Barrett, Kim Rhode, and Doug Koenig are just a few of the more notable names on the coalition’s list. In addition, several U.S. Representatives from Utah, Indiana, North Carolina, Missouri, California and Louisiana have also jumped on board Trump’s 2A train.

At the helm of the organization is Trumps’ son, Donald Trump Jr., and NRA-ILA Executive Director Chris Cox. Trump Jr. is an frequent hunter and gun collector who has taken on the responsibility of representing his father within the gun industry.

“My father defends the Second Amendment, so that you and I and your spouse and your children can take care of themselves when someone much stronger, much meaner and much more vicious than them tries to break into their home, ” Trump, Jr. said in a statement issued by the Trump-Pence campaign. “It’s not just a hobby or something I do on the weekends. It’s a lifestyle; and as my father often says, ‘this is about self-defense, plain and simple.’”

Some gun owners have shied away from Trump’s aggressive style, but the coalition hopes to bring those voters back to his side before Tuesday. The NRA issued a statement reminding voters that with at least one Supreme Court seat open it’s imperative to focus on anti-gun policies that could be enacted under a Clinton administration.

Should Trump win the election, the coalition intends to help select the next Supreme Court justice.