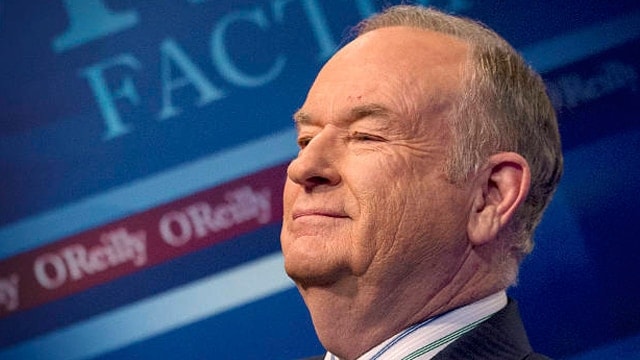 Fox News commentator Bill O’Reilly said he has the solution to America’s gun violence problem but Hillary Clinton isn’t willing to use it.

In a segment on his show Wednesday (read the transcript here), O’Reilly said gun control won’t solve the problem of street violence and he offered up his “simple solution.”

“In the USA anyone committing any crime with a gun, even simple illegal possession, should be subject to federal mandatory prison sentences,” he said. “All gun crimes should become federal crimes.”

O’Reilly, a conservative, was immediately criticized for the comment from people on the right. The John Birch Society-owned New American printed an article tearing into O’Reilly’s solution.

“O’Reilly’s ‘make all gun crimes federal offenses’ statement on Wednesday night reflects how his education at liberal Boston University and Harvard and his decades-long employment by CBS News, ABC News, and CBS’ Inside Edition bleeds over from time to time into his comments on gun violence,” writes New American contributor Bob Adelmann. “When he drops his ‘deflection’ shield, one can see who he really is: just one more shill for the totalitarian Left that controls the mainstream media.”

On the left, progressive website Media Matters responded to O’Reilly’s solution by citing studies that looked at the effectiveness of mandatory minimum sentences.

One such study from the National Research Council reviewed several studies on the effect of more stringent sentencing and found that “more severe punishments for gun crimes … had no apparent deterrent effect.”

Still, O’Reilly says making gun crimes federal crimes would allow law enforcement to “take not only guns off the streets but people who illegally carry them and-or use them to commit crimes. And the upshot — pardon the pun — is that legal gun owners would be left alone.”

O’Reilly says Hillary Clinton would never support such a solution. “Because she and many other liberals believe there are too many Americans in prison, and we should be more understanding of criminal behavior,” he said.

“But he should,” said O’Reilly.