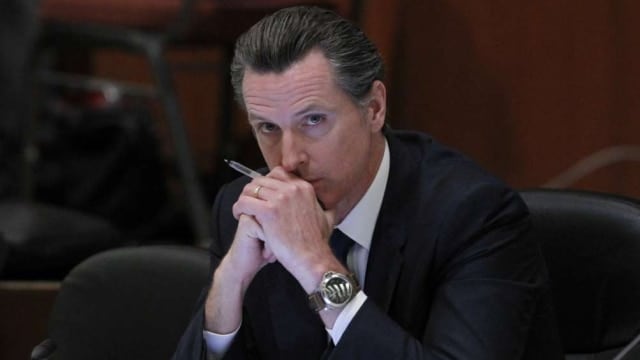 The latest USC Dornsife/Los Angeles Times poll suggests voters in California may be cooling to Lt. Gov. Gavin Newsom’s Prop. 63 “Safety for All” voter initiative, which would place new and historic restrictions on ammunition sales.

Newsom, who is currently running to replace Gov. Jerry Brown in office, will place an expansive five-point list of gun control measures in front of voters in the coming general election.

The now $5.2 million referendum will end grandfathering of magazines capable of holding more than 10 rounds, require relinquishment of weapons by those prohibited by the state from legal possession and mandatory reporting of lost or stolen guns. In addition, it would require background checks prior to all ammunition sales – a first for any state.

According to the latest poll, the measure still has significant support with 58 percent of likely voters approving it and only 35 percent opposed.

However, this is down from 64 percent of respondents supporting Prop. 63 in the same poll’s September survey. Further, in the current data, the poll found that support for the measure among likely voters drops to 52 percent when they hear the arguments put forward by the two sides. This figure, when the margin of error is applied, dips below half of respondents.

Pollsters found over 77 percent of those surveyed who identified as Democrats supported the measure, whereas few Republicans — 30 percent — liked the concept.

Gun rights advocates campaigning hard against the ballot initiative welcomed the news of the apparent decline in support from last month’s numbers.

“I guess that old saying, ‘The truth hurts’ applies when it comes to Prop. 63,” Stop Prop 63 Committee Spokesman Craig DeLuz said in a statement emailed to Guns.com. “Prop. 63 is another attempt by Newsom and his one percent, elitist friends to attack law-abiding Californians.”

Of the two groups opposing Prop. 63, total funding reported to California Secretary of State Alex Padilla as of Nov. 3 amounts to just $868,351.

The poll among 1,500 registered California voters was in the last week of October and has a margin of error of plus or minus 2.3 percentage points.