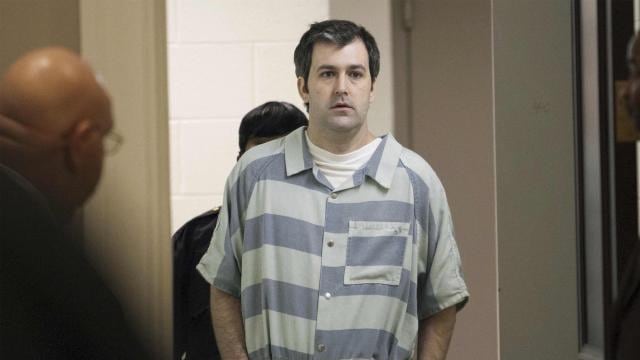 A South Carolina prosecutor said a former police officer staged the crime scene after shooting an unarmed man in the back several times during a 2015 traffic stop.

Former North Charleston police officer Michael Slager, 34, is on trial for the shooting death of Walter Scott, an incident that was captured on video. Prosecutor Scarlett Wilson pointed her finger at Slager Thursday during opening statements, saying he planted a Taser near Scott’s body.

“He said Walter Scott came after him with the Taser and he shot him when he turned,” said Wilson. “He said, ‘He ran away with my Taser.” She pointed out that the Taser had actually fallen to the ground several feet away from Scott. Wilson said Slager’s “first instinct after he cuffed the dead Walter Scott was to stage the scene.”

Wilson said Slager ran back to get the Taser and put it right next to Scott’s body. Prosecutors said Scott ran from Slager because he didn’t want to get arrested for being behind on his child support payments.

Slager’s lead defense attorney, Andrew Savage, shifted blame to Scott, saying he should have followed Slager’s instructions. Savage said the dash-cam video from the traffic stop showed Slager didn’t have any racial animus toward Scott, and that Slager couldn’t have known whether Scott was armed.

“How would he know he was unarmed?” Savage asked. “He never had a chance to pat him down.”

The April 4, 2015, shooting is one of several instances of white officers shooting unarmed black men, a racialized narrative that’s sparked nationwide outrage. The jury in Slager’s trial has 11 white jurors and one black juror.

After attorneys from both sides delivered opening remarks to the jury, several witnesses took the stand, including police officers, Scott’s son, and one of Scott’s co-workers, Pierre Fulton, who was a passenger in the car when Slager pulled Scott over.

According to local media, Scott’s mother broke down in court, yelling out “Hallelujah” before bailiffs helped her down from the witness stand.

If convicted, Slager faces 30 years to life in prison.