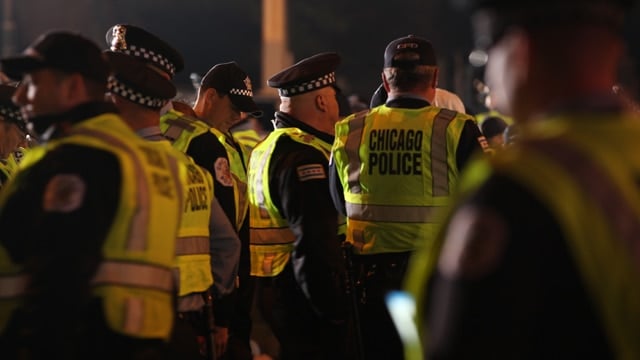 The Chicago Police Department is asking for the public’s input on its new draft “Use of Force Guidelines.” (Photo: Brian Seay/Guns.com)

After a tumultuous year with a top cop shakeup and efforts by city hall to repair the public trust in the wake of high-profile police shootings, Chicago police launched a public commenting period on the department’s revised policy for use of force.

Once the commenting period closes later this month, department officials hope to implement a new policy that makes the highest priority “the sanctity of human life.”

Unlike the previous “Use of Force Guidelines,” which has been in place since 2002, the revised version details when deadly force is appropriate, outlines prohibitions on the use of firearms, and goes into medical attention and response. Other sections include lengthy explanations of taser and chemical agent discharge incidents as well as canine deployment incidents.

The effort is part of Chicago Mayor Rahm Emanuel’s police accountability overhaul that he launched in December, following video release of the controversial shooting death of Laquan McDonald. The video shows a white officer shoot the black teen repeatedly even after the teen was incapacitated due to injury. The officer has since been arrested and charged.

During a speech in December in which he apologized for the shooting, Emanuel also condemned CPD’s “code of silence” that helps to encourage cover-ups and said the city needs “better oversight of our police officers.” In that same timeframe, he fired his then police supervisor, Garry McCarthy.

Since then, Emanuel’s administration has been working on replacing the police department’s conduct oversight office, the Independent Police Review Authority, with the larger Civilian Office of Police Accountability. The latter will get a six month budget of $7.2 million to start and 45 percent more staff than IPRA.

In September, Chicago police officers began new mandatory de-escalation training, hoping to train it’s more than 12,000 officers within a year. Classes are being held six days a week and officers are learning about “force mitigation” in an effort to reduce fatal confrontations.

Experts on the subject are praising the city’s efforts. “This is something Chicago should have done years ago,” Geoffrey Alpert, a criminal justice professor at the University of South Carolina, told the Chicago Tribune. “These aren’t reforms that are going to make anyone say, ‘Wow, this is a really taking the bull by the horns.'”