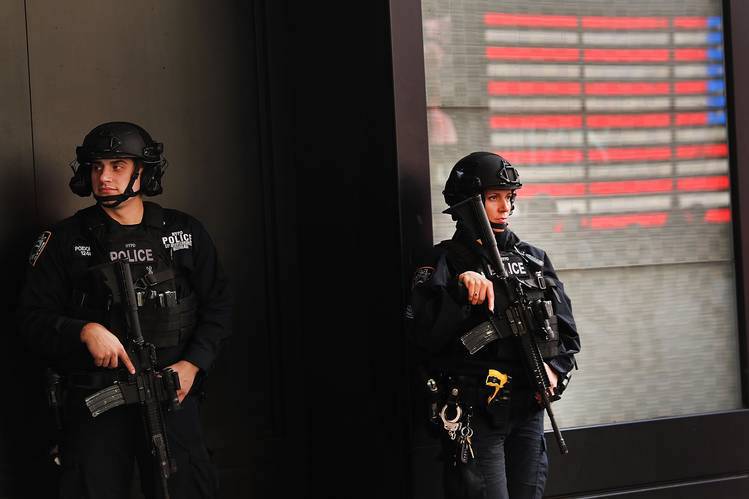 U.S. officials have issued a warning to law enforcement agencies regarding a potential terror attack next week ahead of Election Day.

Investigators are still trying to determine the validity of the tip, but sources say the al Qaeda group could be planning terrorist attacks on Monday in three states. CBS News is reporting New York, Texas and Virginia are potential targets.

Information regarding the attacks is scarce as the credibility of the claims are still under investigation. However, counterterrorism officials were notified of the threat out of “an overabundance of caution.”

“While we do not comment on intelligence matters, we will say the counterterrorism and homeland security communities remain vigilant and well-postured to defend against attacks here in the United States,” a U.S. intelligence official told CBS News. He added federal authorities are working with state and local law enforcement to identify and disrupt any potential threat.

The source stressed that more than 100 U.S. Joint Terrorism Task Forces will be in full swing ahead of Election Day, assessing threats and working to keep the public safe.

“The public should expect to continue to observe an increased law enforcement and security presence across communities in public places. Our law enforcement community also continues to take action against those who attempt to engage in activities that could put Americans at risk,” the official said.

New York Mayor Bill de Blasio confirmed that he’d been briefed on the threat but described the warnings as “very vague.” The mayor said the New York Police Department would see an increased number of officers at the New York City Marathon on Sunday and that presence would carry through Election Day.

U.S. officials are also ramping up cyber security, ready to tackle any computer-related irregularities come Tuesday. DHS said they will have a team in place at a national cybersecurity center in Virginia working with the FBI and other intelligence agencies to monitor activity.

Authorities are less concerned about computer attacks that could tamper with the actual results, but are afraid attacks may aim to raise questions about the integrity of the polling system.

“We are very concerned about attempts to cause confusion,” a DHS official confirmed to the Wall Street Journal Friday.