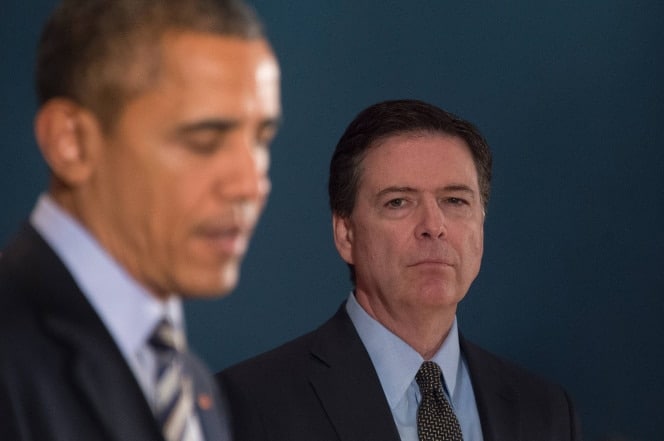 President Obama’s warning to authorities comes after FBI Director James Comey announced in a letter to Congress that he was relaunching the investigation into Hillary Clinton’s email server. (Photo: Getty Images)

President Barack Obama levied a warning against investigators and prosecutors, saying that law enforcement agents should not insert themselves into the presidential election.

Speaking to Rev. Al Sharpton in a MSNBC interview, Obama said it’s imperative organizations like the Federal Bureau of Investigation remain completely nonpartisan while the nation decides who the next President will be.

“Historically, both under Democratic and Republican administrations, our goal has been and should be that our investigators and our prosecutors are independent of politics,” Obama said. “They’re not politicized. They’re not used as a weapon to advantage either side in partisan arguments. And I want to make sure we continue with that tradition and that norm.”

Obama’s warning comes after FBI Director James Comey told Congress the bureau had re-opened its investigations into Hillary Clinton’s private server last week. The announcement, made so close to Election Day, drew outrage and shock from Democrats who said Comey’s statements only sought to sway voters.

“Your actions in recent months have demonstrated a disturbing double standard for the treatment of sensitive information, with what appears to be a clear intent to aid one political party over another,” Senate Minority Leader Harry Reid wrote in a letter to Comey. “Your highly selective approach to publicizing information, along with your timing, was intended for the success or failure of a partisan candidate or political group.”

The FBI conducted an investigation into the email scandal over the summer, but ultimately decided not to file any criminal charges against Clinton at that time. The email scandal was reignited after FBI agents were combing through electronic devices used by former Democratic Representative Anthony Weiner as part of his alleged “sexting” scandal. Weiner’s estranged wife, Huma Abedin, is a close aide to Clinton.

Comey told Congress the FBI was relaunching the probe into the former secretary of state turned Democratic Presidential nominee. He did not disclose what emails the FBI has found so far or how long the investigation will take. The FBI does not normally comment on ongoing investigations.

Though Obama condemned any actions politicizing law enforcement, he did offer praise for the FBI Director insisting he’s a “good man.”

“I do not believe that he is in any way trying to influence the election one way or another,” Obama said. “I think he is a serious public servant who wants to do the right thing. And I think the overwhelming majority of FBI feel the same way.”