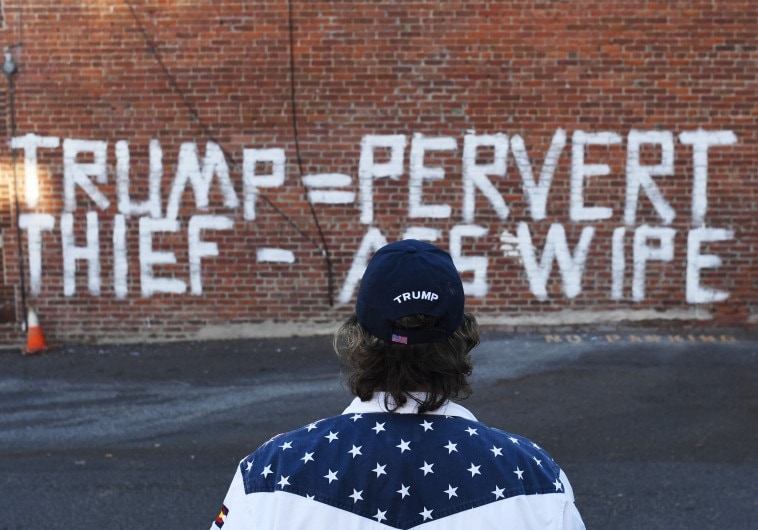 The first incident occurred earlier Friday morning when derogatory words were painted on the wall at the office. That incident was followed later that night when a rock was thrown through the campaign office window.

“We are investigating a second incident of vandalism in the city at Donald Trump’s office,” Denver Police Department spokesman Tyrone Campbell told CNN. “The first vandalism case occurred Friday morning and both cases are under investigation for criminal mischief. ‘

The two crimes are unrelated and one suspect, Michael Ferrara, has already been arrested in conjunction with the rock throwing incident.

“This is America. It doesn’t matter what candidate it is, it shouldn’t come down to vandalizing something,” Skylar King, a Trump volunteer, told CBS Denver. “It makes you wonder how safe we really are.”

Trump’s campaign has seen its fair share of vandalism since the campaign began heating up.  The front entrance to Trump’s Washington hotel was spray-painted with “Black Lives Matter” and “No Justice No Peace” on Oct. 2. In a separate incident, Trump’s star on the Hollywood Walk of Fame in California was defaced in late October by a man dressed as a city construction worker. Wielding a sledgehammer and pick-ax, Jamie Otis smashed the star into pieces before being arrested by cops.

Otis’ case has been sent to the Los Angeles County District Attorney for possible felony vandalism — a crime that carries a three year prison sentence and a $10,000 fine.