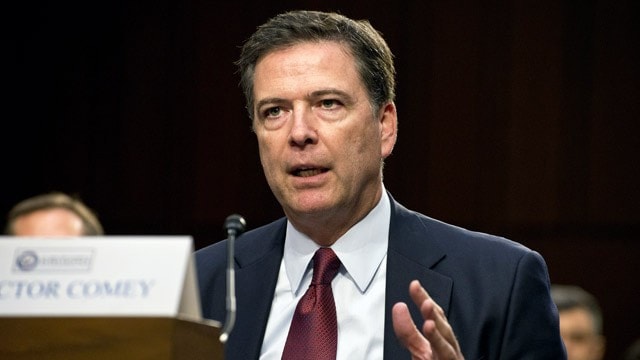 With two days until Election Day, FBI Director James Comey sent a letter to Congress on Sunday telling them Hillary Clinton will not face any new criminal charges.

In July, the FBI announced they would not be filing charges against Clinton for her handling of classified information sent via email. Then on Oct. 28, Comey told lawmakers the FBI found new Clinton emails in a separate investigation. The timing of the announcement infuriated Democrats. Clinton took a hit in the polls and Trump reiterated his claim that the email scandal was “bigger than Watergate.”

“Since my letter, the FBI investigative team has been working around the clock to process and review a large volume of emails from a device obtained in connection with an unrelated criminal investigation,” Comey wrote. “Based on our review, we have not changed our conclusions that we expressed in July with respect to Secretary Clinton.”

The Justice Department advised Comey not to tell Congress about the new emails and since Comey’s announcement late last month, critics have called for his head.

“You can’t review 650,000 new emails in eight days,” Trump, who initially praised the FBI for renewing the issue, said at a campaign event Sunday night. “Hillary Clinton is guilty. She knows it. The FBI knows it. The people know it. And now it’s up to the American people to deliver justice at the ballot box on Nov. 8.”

Despite Trump’s assumptions about the FBI’s abilities, experts have clarified the FBI has software that can comb through vast amounts of data to identify things like duplicate emails and other pertinent details in a relatively short amount of time.