She made almost $4K in 2 hours selling Hillary targets 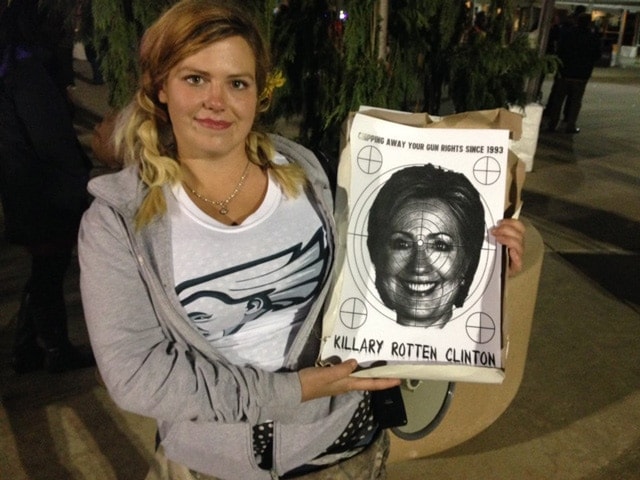 A North Carolina woman raked in nearly four grand on Thursday selling “Killary Rotten Clinton” targets at a rally for Donald Trump, according to reports.

The 26-year-old woman named Ariel exercised an entrepreneurial spirit last week by making targets showing a picture of Hillary Clinton’s face on a bullseye, complete with the caption: “Chipping away your gun rights since 1993. Killary Rotten Clinton.”

But not all were fans of the targets. After a local reporter circulated a photo of Ariel showing off her homemade goods, many on Twitter took to criticizing the imagery.

Despite the backlash Ariel received on social media, the Hillary targets were apparently a hit. In fact, she sold 1,500 in about two hours, and at the cool price of just two for $5, Ariel racked in a sweet $3,750.

Anti-gun advocates have been sensitive about Clinton targets and off-hand remarks during this election cycle. Last week, Sen. Richard Burr, of North Carolina, was forced to apologize about a joke he made at a private fundraiser about putting a bull’s eye on Clinton.