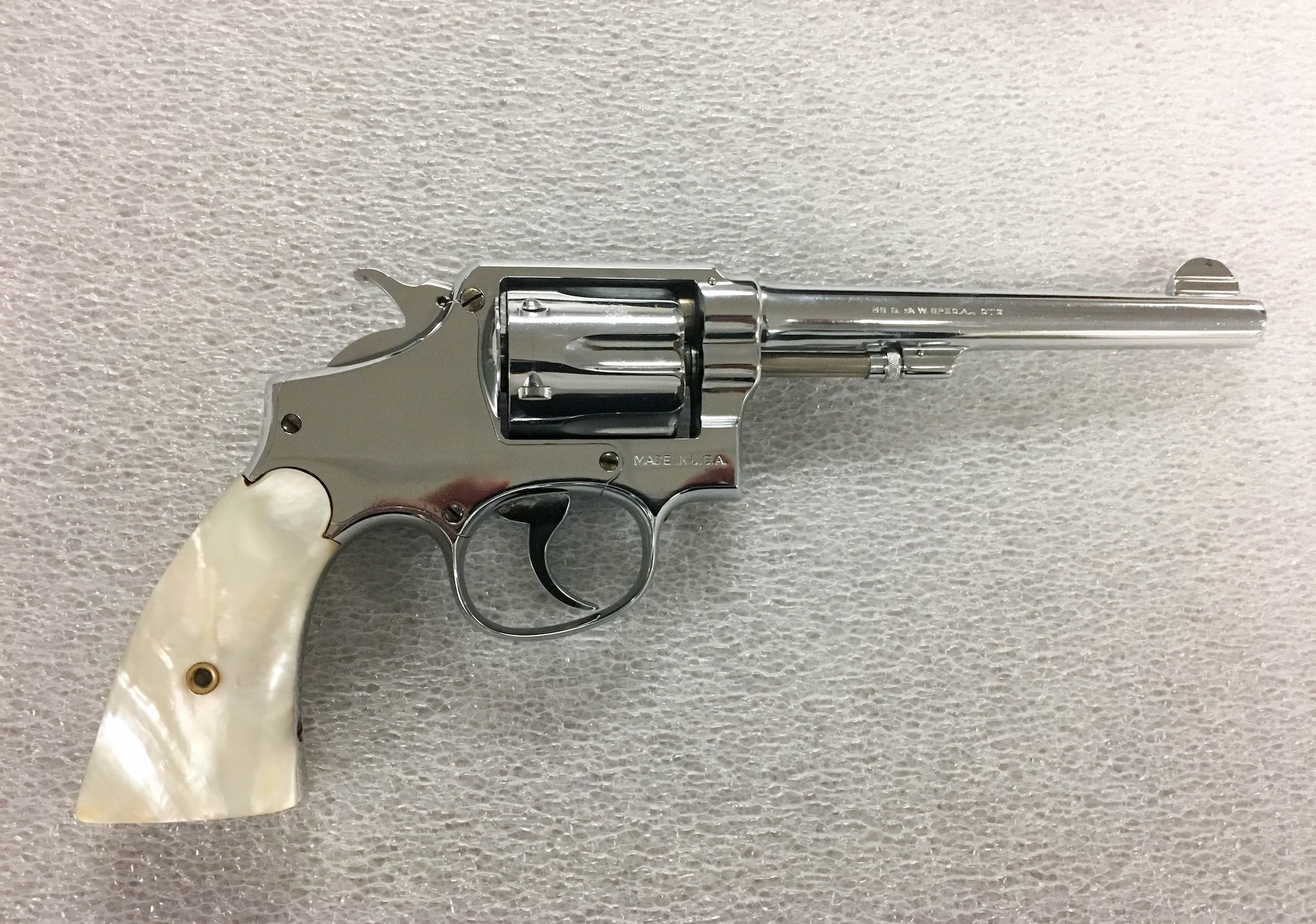 The Internal Revenue Service loaned one of its most treasured artifacts to the Las Vegas Mob Museum in September as a nod to the agency’s leading role in bringing down notorious gangster Al Capone for federal tax evasion 85 years ago.

“Readers on museum’s social media channels and Wall Street Journal readers brought it to the IRS’s attention,” he said. “If we had more time to install the gun, we might have noticed the problem too.”

Capone built his mob empire in Chicago during the prohibition era of the 1920s, accumulating an estimated $100 million net worth — $1.43 billion in today’s dollars, according to Forbes — by 1927.

He routinely bribed law enforcement to escape charges as serious as murder, bootlegging and drug trafficking, eventually earning the title of “Public Enemy No.1” from the FBI for his perceived role in orchestrating the murder of rival gang members during the St. Valentine’s Day Massacre in 1929.

Capone was 1,300 miles away at his Miami estate during the murders — the same city where he came into possession of the Smith & Wesson .38-caliber pearl handled revolver now on display at the Mob Museum.

Henderson bought 12 guns from a Miami pawn shop, including the Smith & Wesson, which a police captain confiscated during an arrest later that year.

“Back in those days, police didn’t automatically confiscate guns and store them as evidence,” Schumacher said. “It appears this police captain kept it and later he gave it as a gift to another guy named James Campbell.”

Schumacher says Campbell paid the captain to park his tour bus in the most desirable locations throughout Miami, though it’s unclear why he was gifted the gun.

Campbell later moved to Detroit, took over an apartment building and befriended a tenant who became his “odd jobs guy.”

“He became like a son to Campbell and ultimately Campbell gave him the gun,” Schumacher said.

The tenant moved to Kentucky in 1965 and kept the gun for 38 years before selling it to a man named Billy Clayton in 2003. A year later, IRS officials raided Clayton’s illegal gambling hall and took possession of the gun.

“The Capone gun represents a connection between CI’s past and our present day mission,” said Richard Weber, IRS Criminal Investigation Division Chief, when he presented the gun to the museum on Sept. 27. “While we continue to follow the money trail as we did in the days when we brought Al Capone to justice, we are now following the money in the cyber world, bringing today’s criminals to justice through innovative law enforcement techniques.”

Schumacher said the agency traced the gun back to 1925. It was manufactured by Smith & Wesson and shipped to Wolf & Klar Co. in Fort Worth, Texas, where the distinctive pearl grips were installed.

Schumacher says the IRS offered the gun for display on short notice and in a rush to get the exhibit ready for unveiling later that same week, museum officials never noticed the gun didn’t fit the description of the Smith & Wesson.

What was installed, instead, was an Iver Johnson Safety Hammerless, confiscated from Capone’s bodyguard during his 1931 tax evasion trial. The mobster cherished the pearl-handled pistol, a gift from his brother-in-law, a law enforcement officer, who offered the firearm as way to mend fences, according to the IRS.

“It’s unusual that a relatively small federal agency would have two guns from one of the most infamous criminals,” Schumacher told the Wall Street Journal. “And they’re both handguns. I could see where someone who didn’t know a lot about guns could easily confuse them.”

After discovering the mix-up, Schumacher says the IRS offered to loan the museum both guns for display, however, museum officials only plan on displaying the Smith & Wesson, for now.

“We are very big on making sure we have the provenance that verifies the story behind an artifact,” Schumacher said. “In talking about 80 years, it makes it harder for the stories to be verified. Even the Miami gun, there is a few leaps here of understanding. You don’t have an exact blow by blow history of where the gun was.”

In the meantime, Schumacher says the “Miami gun” is a big hit with visitors.

“Oh man people love it,” he said. “It’s a very attractive firearm, first of all, and the fact that its Al Capone’s gun, that really fascinates people.”