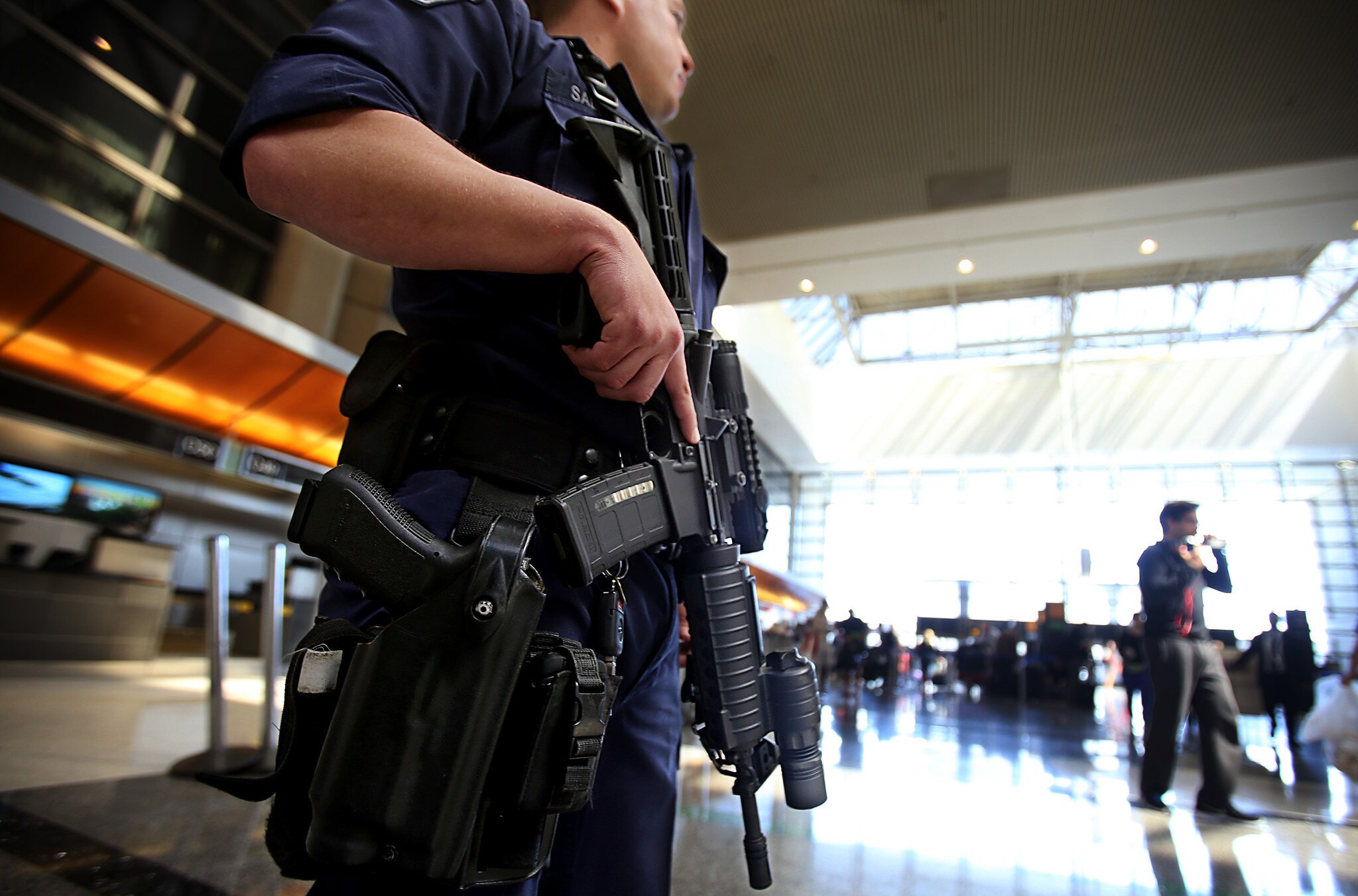 A California man was sentenced Monday to life in prison plus 60 years for a deadly shooting spree at Los Angeles International Airport in 2013.

Paul Anthony Ciancia, 26, pleaded guilty in September to 11 counts related to the spree, in which one TSA officer was killed and three other people were injured. According to his plea agreement, Ciancia walked into LAX on the morning of Nov. 1, 2013 with a loaded rifle that he hid between two pieces of luggage. He entered Terminal Three and opened fire.

He shot and killed TSA Officer Gerardo Hernandez before shooting two other TSA officers. He also shot a civilian. During the attack, witnesses reported that he would ask them if they were TSA. When they said “no,” he walked away without shooting them.

Ciancia’s rampage came to an end when he was shot in the chest multiple times.

“The crimes that led to today’s sentence were vicious, horrific and senseless,” said Eileen M. Decker, U.S. Attorney of the Central District of California. “Those who target law enforcement and our nation’s critical infrastructure will be held accountable.  As a result of today’s sentence, Mr. Ciancia will never again have a chance to harm other innocent people.”