Vet with PTSD gets service dog at Giants game 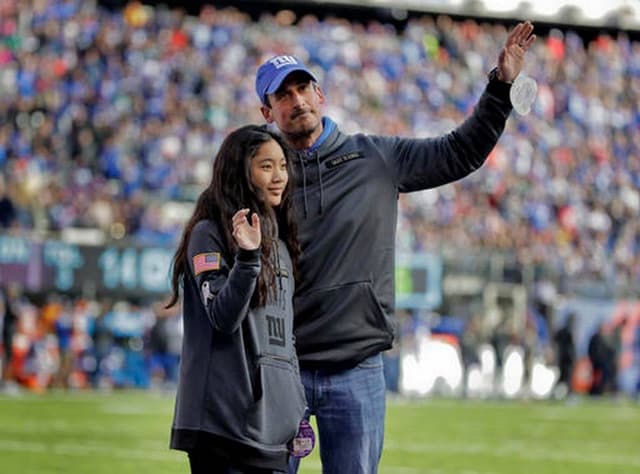 A 38-year-old former Army medic who was injured while serving in Iraq received a service dog while attending a Giants game over the weekend.

Steve DeVries deployed to Iraq in 2006, the year after he joined the Army, and suffered serious spinal injuries after an IED blew up under his vehicle. DeVries spent more than six months in a hospital bed, then moved to a wheelchair before he learned to walk with a walker and eventually a cane. DeVries was left with nerve damage and will undergo surgeries in the future.

DeVries, who has a 12-year-old daughter and is expecting his second child, said his injuries have left him only wanting to stay on his couch, but acknowledged that needs to change. DeVries said he hopes his service dog, a golden Labrador named Levi, will help him move forward.

DeVries and Levi will work together over the next three weeks before Levi goes home with DeVries.