Arpaio out as Maricopa County Sheriff after 2 decades 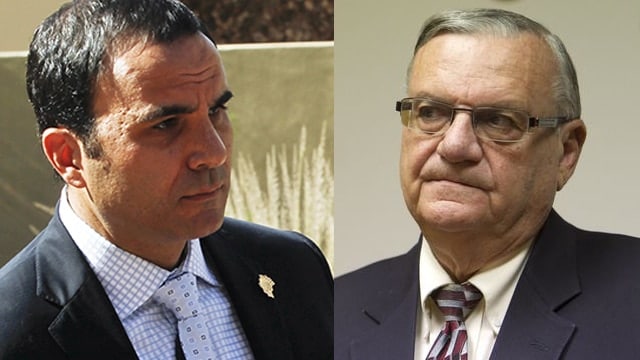 For the Phoenix Metropolitan Area, there’s a new sheriff in town.

The 84-year-old, no-nonsense sheriff has been shaking things up in Maricopa County since 1993. His unconventional ways have seen him move inmates into a tent city. He also made them wear pink underwear.

According to Politico, billionaire George Soros funneled $2 million to a group working to defeat Arpaio. Headed into the election, polls had Penzone ahead of Arpaio, something Arpaio’s campaign manager called a “complete joke.”

In late October, Arpaio was charged with criminal contempt for ignoring a federal judge’s order in a racial profiling case. Arpaio’s legal troubles have cost Maricopa County taxpayers nearly $50 million, according to a report from the Associated Press. That number could climb to as much as $70 million.